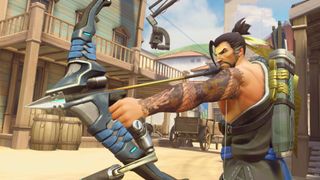 Rumors of a massive Overwatch update have been swirling for months, and we've finally got the details. Prepare yourself, major changes are coming. According to today's Developer Update, Blizzard is focusing on bringing balance to the Overwatch force, as well as giving console players a chance to test out experimental content. Check out the update and scroll below for a summary.

In the lengthy update video, Jeff Kaplan opens up by saying that there are "two topics that come up the most" in feedback: the team's philosophy on balance, and the "concept of the meta". Because of this, Blizzard is focusing intently on frequent balance updates and introducing some new features.

Enter the Experimental Card, which will show up occasionally amongst the main play cards (Quick Play, Competitive, etc.). "This Experimental Card will be some number of changes, they might be related to hero balance, they might be related to other things," Kaplan says. "All players including console players, will be able to use the experimental card to test changes out that we're trying as a development team." Kaplan is quick to note that changes seen in Experimental Card may not necessarily go live, and that you can expect to see it on your home screens in a few weeks.

Because the Experimental Card is in the main game of Overwatch, and not in the separate PTR, "you'll still be levelling up your Overwatch account and you'll still get rewards." And unlike the PTR, the Experimental Card is not for bug testing and game stability - it's strictly focusing on gameplay and player feedback to gameplay changes. The first Experimental Card will be up "in a few weeks." Kaplan also notes that Blizzard is changing its balance philosophy, focusing on balancing "more frequently, more aggressively" with balance that "deliberately targets the meta" as opposed to their former ideology of adjusting for stability only. All of these changes, which will include buffs and nerfs, could be reverted "a few weeks later" if Blizzard feels they aren't working.

For season 21 of competitive play, Blizzard is shaking things up and introducing Hero Pools. "There will be some heroes that will not be included in the Hero Pool," Kaplan says. With Hero Pools, a few heroes will be disabled during Competitive Play for an entire week, and the pool will change weekly. "Players will have to think of a new strategy," Kaplan points out, suggesting these pools will keep the meta fluid and prevent it from "stagnating."  Hero Pools are a controversial addition, and that's likely why Kaplan makes it clear that they may not persist past the season, or that the cadence of the pools may change. The Overwatch League will be implementing its own version of Hero Pools as well, and is reportedly "excited" by the change.

There's currently no set date on when all of these changes will take place, all we've got is "soon."Players have been asking for updates and and voicing their concerns for the last few months, but Blizzard (likely in the throes of Overwatch 2 development) haven't released a developer update since July 18. Jeff Kaplan acknowledged that in a January 21 forum post, stating "it's time" for a developer update. Well, we've certainly got it.

Check out Big in 2020: Overwatch 2 will redefine the video game sequel.