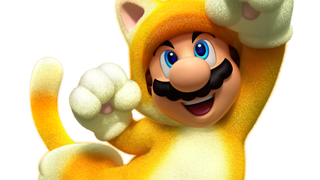 The constant allure of Nintendo is you never know what you’re going to get.

The mysterious NX will be revealed later this year, ahead of a March 2017 release, but Nintendo is in a precarious position. The Wii U has failed to capture public interest to the same manner as the Wii. PlayStation 4 is dominant, Xbox One resurgent and mobile gaming as popular as ever. This is not the first time Nintendo has been tested, though.

The last time the company had its back against the wall, it pulled Wii out of the bag. Both Nintendo 64 and GameCube were well received by its dedicated fans, but also failed to sell enough units. Nintendo was in decline. Sales of each new console were down from those amassed in the previous generation.

In response, the Wii blew the world away. Once people stopped smirking at the name, the system smashed global sales records month after month. It passed the hallowed 100 million marker and stretched an insurmountable lead over its rivals. Nintendo was back. And then, almost overnight, it was gone again.

After six phenomenally successful years, the Wii U failed to make an impact at retail. The console has shifted an estimated 13 million units worldwide - a feeble figure compared the the 70 million units sold at the same stage of Wii’s life. How could Nintendo get things so right with the Wii, but fall so far with its follow up?

Developer Jamie Firth has worked on several Wii games. “The reveal of the Wii’s controller was a very big deal. 2006 was my first E3 and there were huge lines to see it and have a go,” says Jamie. “It was very much like VR at this year's GDC. After that event, every game maker I know was suddenly coming up with hundreds of different ways it could be used. It was very exciting and liberating for designers - they had only had sticks and buttons to play with for so long and this opened all sorts of new possibilities.”

In Firth’s view, Wii’s launch in late 2006 was flawless, bringing together a budget price with the console’s killer-app, Wii Sports, available from day one. “All of the games [in Wii Sports] were instantly understandable and instantly rewarding. There was something in there for everyone,” continues Firth. “One of the things people overlook as well is that Wii Sports was probably the first case of ‘snacky’ gameplay - sessions were very short and you could really dip in and out really quickly. This is key for a more casual audience."

The idea that Wii broke down walls and included people who never played games is well established. “You could literally place a Wii Remote in the hand of anyone and point them in the direction of Wii Sports tennis and they just got it right away; the barrier that usually exists between games and non-gamers dissolved immediately,” says Damien McFerran, Editorial Director at Nintendo Life. “There was no need to learn what all the buttons did or remember different combinations for certain controls - you just swung your arm and the game responded to that in a way that was easy to comprehend. I think from there it was easy to ‘sell’ the console to anyone who saw it.”

Nintendo found itself back at the top of the tree, and Microsoft and Sony struggled to implement their own motion-sensing add ons with varying degrees of success. Kinect on Xbox 360 was, at launch, the fastest selling piece of consumer electronics ever made. PS Move offered a greater degree of precision than the Wiimote, but always lacked the software to justify it it’s existence (you’re right to look red-faced, The Fight: Lights Out).

Wii had changed the rules. Most consoles initially sell to the hardcore early adopters before slowly spreading their appeal into the mainstream, moving from bleeding edge tech to family friendly devices by the end of their run - Sony is an old master at this strategy, with the likes of Singstar and Buzz! released on PS2 4-5 years after launch. Wii appealed to everyone from the start. The Wii Remote offered the hardcore something revolutionary to literally grasp, but it also gave newcomers an easy route in. “Wii essentially made an entire generation aware of the power of gaming by giving players an interface which stripped away all the layers of befuddling complexity that had built up over the past two or so decades - controllers with multiple buttons, sticks and triggers are just too intimidating for people who are new to gaming,” explains McFerran. “I'm personally shocked that Nintendo failed to recognise this as a massive benefit and didn't build on the Wii Remote with the Wii U.”

It’s this idea that Wii was almost too good - that Nintendo brought so many new gamers into the fold they didn’t know where to point them next - that’s a key indicator of Wii U’s comparative failure. “The mass market’s flirtation with games consoles was to be a one off,” suggests Firth. “By the time Wii U came along, smartphones had already started to take that over. I don’t think that Nintendo had a winning hand, to be honest.”

Of course, Wii U’s design suggests Nintendo knew of the threat mobile represented to its business, even if it wasn’t quite sure of how to combat it. The Japanese giant’s decision to include a touchpad controller with the Wii U was undoubtedly a direct response to the changing way people played games. However, while Nintendo was ahead of the curve with the original Wii, Wii U it followed a trend established by Apple and Google - not that this appeared to be a bad strategy at the time, argues McFerran. “It's important to remember that the tablet sector was only just starting back then, and the notion of having a controller which could replicate that kind of functionality felt smart. I certainly felt more confident about the Wii U than I did about the Wii, which just goes to show how unpredictable this industry is.”

As well as keeping an eye on the rise of smartphones, Nintendo also wanted to shield Wii U from Microsoft and Sony’s next consoles, both expected to be high-powered, traditional machines. “I think Wii U fell into a space of trying to cater to both ‘casual’ and ‘core’ audiences at once, instead of picking one and then expanding to include the other later,” says Jonathan Price, designer at aPriori Digital, currently working on Wii U release Aperion Cyberstorm. The strategy of appealing to everyone that proved so successful with Wii was now undermining Wii U’s launch. More problematically, very few people understood what Wii U actually was. Nintendo was in trouble.

“I was watching a livestream of Nintendo’s E3 conference during Wii U’s unveiling, and embarrassing as it is to say, I thought it was a Wii 1.5,” continues Price. “The branding, focus on the controller, and overall message gave the impression that this was going to be a revision for the Wii instead of something new. Sometime after the conference, everything became a bit clearer, but that initial presentation was confusing.” Nintendo found itself in the position of having to clarify just what Wii U was, while as contending with fans disappointed it wasn’t simply an HD version of the original Wii. It was a massive PR headache, and one Nintendo never resolved. “Calling the system the Wii U confused many players who assumed it was simply an add-on device for the Wii. By maintaining support for Wii accessories and games, this confusion was amplified,” says McFerran. “Early attempts to advertise what made the system so special were woeful, and outside of a handful of titles, Nintendo struggled to leverage the possibilities the GamePad brought to the table. When you see games like Mario Kart 8 and Donkey Kong Country: Tropical Freeze totally ignore the GamePad's features, then you know you've got problems.”

Undermining all of this was a feeling that even Nintendo didn’t know what Wii U was for. From the very outset, when Wii U was still in the planning stage - then dubbed Project Café - the late Satoru Iwata decided the new console should be designed to win back PlayStation and Xbox gamers who assumed Wii catered only for casual audiences. At the same time, it was Wii’s mass market appeal that enabled it to sell in the first place. Saying goodbye to casual gamers to compete with Sony and Microsoft seemed foolish.

“I think Nintendo aimed halfway between core and casual markets, and ended up making something that had better alternatives for both,” continues Firth. “It always happens when you misunderstand the demand for your product. I think they made something pretty boring actually and perhaps didn’t quite know who they were making it for.”

The end result was a console that’s home to typical moments of Nintendo genius thanks to the talent working on first party games, but is likely to be the lowest selling home console Nintendo has ever released by the time NX launches in March 2017. If rumours are to be believed, projects originally planned for Wii U are now being shifted to its successor, and even its last big hitter - the long anticipated next chapter in the Zelda series - is no longer an exclusive. Nintendo cashed in its chips on Wii U a long time ago, and is now betting the farm on its successor. “I just want to see Nintendo endure, because even the most cold-hearted of gamers will admit that the industry owes Nintendo a lot, and for people like myself with young families, there's no better introduction to gaming that a Nintendo console,” says McFerran of NX.

Ironically, NX’s big advantage is that it’ll launch with Nintendo at the bottom of the pile. If the house that Mario built struggled with funnelling 100 million Wii owners onto its follow up, launching NX with no such burden might be just the tonic Nintendo needs. After all, we all know what happened the last time Nintendo fought back from third place, don’t we?