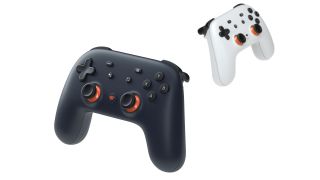 The Google Stadia launch is set for Tuesday, November 19, but there's still a lot of questions to be answered. Fortunately, a recent Reddit AMA with two Google Stadia employees gave us a better understanding on the finer points of the gaming platform, and not all of them are good.

According to the AMA, quite a few Google Stadia features won't be available on launch day. Those who pre-ordered the Founder's Edition won't be able to use the Buddy Pass feature, a bundle exclusive that allows owners to give a friend three months of Stadia Pro for free. Google Stadia employee Beri Lee writes "you’ll get your Buddy Pass about two weeks after you receive your bundle, barring some unknown unknowns popping up."

Family Sharing won't be supported on day one either, according to Andrey Doronichev, but it's a "high priority feature" that should launch "early next year." And, confusingly, you will be able to obtain achievements while playing games on Google Stadia, but there's currently no UI for the achievement system, so you won't be able to see them. In other words, once achievements are officially added, you'll retroactively unlock all the achievements you've earned since day one.

There are also some other interesting tidbits in the AMA that help clarify how Google Stadia will function. For instance, you'll need to download and utilize apps on your phone for the initial Google Stadia TV setup (which seems normal), but you'll also need to use your phone to purchase games. That's right, you won't be able to buy games on your TV. And speaking of phones, there's no tentative date for iOS gaming support for Google Stadia - Doronichev simply wrote, "Oh man, I wish I knew" when asked about the release date. And for those who already own a Chromecast Ultra, you won't be able to use it to cast Stadia to your television, at least not until a firmware update drops "soon after launch."

Google Stadia is like nothing the gaming world has seen before, and it has the potential to make some lasting changes in the industry, but it's clear that not all of its features will be available from the get-go.

You won't need a Reddit AMA to give you answers about 2019 Black Friday deals - we've got all the Black Friday game deals you could possibly want.