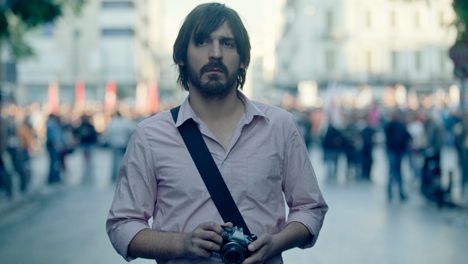 It’s not the only thing he ends up laying, despite his opportunistic shag-tourism being repeatedly interrupted by Kodi Smit-McPhee’s ( The Road ) spooked teenage refugee.

Saddled with a plank-like performance from Leslie, it’s intriguing and pretentious in equal measure, capturing the feeling of being adrift in a foreign world, but then failing to capitalise on it.