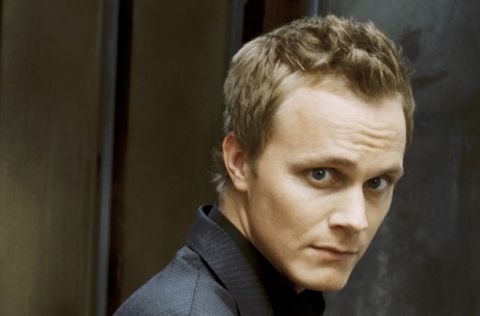 THE ONE WHERE: The notorious Cyrus Vanch returns to Starling City to reclaim his criminal crown. Oliver and Lance form a desperate alliance to save Laurel from Vanch’s clutches – and Oliver is forced to confront his own, seemingly duplicitous mother…

THE VERDICT: Trust no one… A deceptively strong episode that builds slowly, revealing an ever more elaborate web of deceits and deceptions between its main players. There’s genuine drama as the characters slam up against various interconnected trust issues, from Oliver’s discovery of Moira’s knowledge of the sabotage that killed his father to Tommy’s pain at learning of Laurel’s secret assignations with the Hood. Central to the whole tale is Lance’s devil-deal with Oliver – given the surprising amount of hate he’s clearly still harbouring, you totally buy his desperation to save his daughter. Oliver and Lance’s takedown of Vanch’s stronghold is a highlight, intercutting the crime lord’s claims of superior manpower with Oliver’s bowmanship then undercutting it all by revealing that Vanch has actually earned his moment of supervillain smugness by calculating the exact number of arrows he’ll be using, and hiring the appropriate number of goons... Smart. David Anders brings a sardonic, effectively understated menace to Vanch, imbuing the character with the kind of plausible threat missing from Seth Gabel’s turn as the Count last week. Oh, and fabulous final moments too, as Oliver confronts his own mother with the taut bowstring of justice... There'll be issues.

TRIVIA: Trying to place David Anders alias Cyrus Vanch? You’ll know him from his turns as Adam Monroe in Heroes and Julian Sark in Alias .

DID YOU SPOT: It’s a barrage of in-jokes this week: legal firm Wolfman & Perez are named for comic book writer/artist team Marv Wolfman and George Perez, creators of Deathstroke, the Winick Building is a nod to Green Arrow writer Judd Winick (also creator of The Adventures Of Barry Ween, Boy Genius ) while the Fauquet-LeMaitre consulting office is named for Dominique Fauquet-LeMaitre, the show’s set decorator.

BEST LINES:
Tommy: “How does a night with me and a dozen famous chefs sound?”
Laurel: “Like an episode of The Bachelor ?”