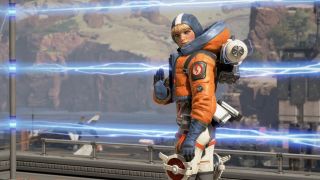 Respawn is dedicated to keeping Apex Legends relevant and relatively bug free. The highly anticipated solo mode, the Iron Crown Collection, will launch on August 13 and run until August 27. But Respawn isn't content with just offering fans the mode they've been asking for, as they've gone ahead and released a public Trello board highlighting the bugs and quality of life features that are on their radar.

The Trello board, created by Respawn's community coordinator Jason Garza, features helpful links for reporting bugs and hackers, updates on upcoming patches, and the latest Apex Legends news. But the board's coolest features are the Quality of Life and General Bugs sections, which list reported bugs and requests from fans, sources and all.

Apex Legends players will be happy to see that upcoming patches that will add auto sprinting for console, the option to disable auto-switch when a weapon runs out of ammo, a sensitivity slider for every optical zoom level with aiming down sights, and the ability to switch languages from the local voice overs back to English, as reported by Reddit user AWU_hades, who complained that the character Lifeline's German voice over was inferior to the English one.

The board also lists a bunch of bugs that will be addressed in the near future, like the one where players lose Ranked Points for a match disconnecting due to a server issue, or a recently reported bug with the character Mirage that lets you continue to fire your gun after you've been downed.

There's no projected date of delivery for any of these bug fixes or quality of life upgrades, but there is an update on the horizon, as the Iron Crown Collection drops August 13.

Brush up on your gameplay before the upcoming solo mode with our Apex Legends tips to get you ready for Season 2.