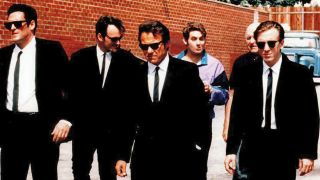 Forget what the snooty musoes think. There’s no shame in owning a shelf full of movie soundtracks. No mere compilation albums, the great ones - via their bonding with focused, cinematic works - are fantastic, smartly curated collections of specific mood and tone, even when there isn’t a single original track to be found.

And as the medium of film moves forward, soundtracks only get more experimental, creative, and artistically nourishing. But what's essential, right now? With such a vast, eclectic spread of music out there, we've broken this list down into two categories, starting with song-based soundtracks of licensed and original music, before moving on to the more traditional film scores that you categorically need in your collection.

The soundtrack: An explosion of effusive indie pop, folk, rock, and psychedelia. Working hard to meet the challenge of soundtracking a movie about hardcore musical snobs, the compilation of credibility fleshing out this record would surely do the music shop characters in High Fidelity proud. With less obvious tracks by obvious artists such as Bob Dylan and Elvis Costello rubbing shoulders with ‘90s left-field from Smog and Stereolab, and a splash of Velvet Underground and the 13th Floor Elevators on top, there’s no filler to be found.

Best song: Stevie Wonder’s sonorous ‘I Believe (When I Fall In Love It Will Be Forever)’.

The soundtrack: The Blues Brothers is part action comedy, part loving tribute the entire history of the musical genre it focuses on. With the movie featuring no end of cameos from serious music stars – among them Ray Charles, James Brown and Cab Calloway - there was no way the soundtrack was ever going to be anything less than a blues and soul powerhouse.

The soundtrack: Prince’s entrance to the movie world might be a shameless (and shaky) star vehicle, but as a delivery mechanism for a new set of its star's tunes, it's more than justifiable. Because when you have Prince in a musical movie’s leading role, playing a musician loosely based on Prince, then you inevitably get a bona fide Prince album as the soundtrack. Not only that, but one of his best. The film might not exactly be a classic, but its soundtrack certainly is.

Best song: ‘Purple Rain’ of course, an evocative screecher if there ever was one.

The soundtrack: The definition of a happy accident, the soundtrack to George Lucas' ode to early ‘60s rock ‘n’ roll culture is as much the product of budgetary constraints as directorial decisions. Universal originally wanted to save money by hiring an orchestra to play sound-a-like alternatives to the vintage rock and pop Lucas wanted, but eventually relented, offering an equal deal to all music publishers involved. It worked - for all artists bar Elvis, hence his conspicuous absence - but left no money for an actual score. Hence, American Graffiti is an encyclopedic, but very carefully chosen, selection of the music of the era. Instant classic.

Best song: ‘Why Do Fools Fall in Love?’ by Frankie Lymon & The Teenagers.

The soundtrack: An early statement of Tarantino's puristic, off-kilter musical intent, Reservoir Dogs set the model for the director's future works, unearthing forgotten classics and making the kitsch cool by cinematic association. In terms of production, the blend of ‘70s pop and actual film dialogue a heck of a dynamic LP – and set the mould for Quent’s future movie albums.

Best song: 'Little Green Bag' and 'Stuck in the Middle with You' might get all the set-piece attention, but it's really all about Harry Nilson's 'Coconut'.

The soundtrack: Technically a hybrid of songs and instrumentals, the Shaft soundtrack is nontheless another great example of a consistent artistic vision delivering a stellar and distinct soundtrack. Isaac Hayes might have taken the Shaft job in the hope of landing the leading role - he didn’t get that role - but what he created is now even more iconic than the film that spawned it. It was inducted into the National Recording Registry by the Library of Congress in 2014, for being "culturally, historically, or aesthetically significant, and is also the biggest selling LP ever released by soul label Stax Records.

Best song: ‘Theme From Shaft’ is recognisable even to those who have never seen the film, that’s how much it’s been absorbed into the collective consciousness.

The soundtrack: A hefty compilation that pairs New Wave with the cheesiest of cheesy pop that the '80s has to offer. The more hilariously miserable of Adam Sandler’s two original tunes is also present and correct, making this legitimately funny, as well as a great cross-section of the period.

Best song: For all the '80s purity on offer, ‘Somebody Kill Me’ by Adam Sandler never gets old. Otherwise Flock of Seagulls' ‘Space Age Love Song’. Or Bowie's ‘China Girl’. Or ‘Blue Monday’. Look, it's pretty much all brilliant, okay?

The soundtrack: Updating Shakespeare as an entirely holistic production, the Romeo + Juliet soundtrack does as much to invigorate the story as the film’s modern setting and surreal-edged party visuals. Baz Luhrmann’s love of musicals and knowledge of contemporary pop helped him stitch together a string of songs that were equal parts playful, emotional, and poignant. A perfect fit for a modern version of the source material then, basically.

Best song: Garbage’s ‘#1 Crush’ drags the star-crossed lovers into the modern world, while Des’ree’s ‘Kissing You’ brings the pain.

The soundtrack: A largely Who-focused album - like that’s ever a bad thing - the soundtrack to the film version of the band’s 1973 rock opera preserves 10 of the 17 songs in lightly remixed and rerecorded form. But the film version isn’t merely a cleaned-up retread, the final quarter of the album taking in a good chunk of soul greats as well, including James Brown, Booker T and the MGs, and The Ronettes.

Best song: ‘The Real Me’ by The Who gets us punching the air every time.

The soundtrack: Tarantino continues to corner the market in obscure but super-cool movie soundtracks, this one easily on par with Reservoir Dogs. This one adds a decent chunk of surf rock to Tarantino’s traditional mix of rock, pop, and soul, a genre Tarantino described as “rock 'n' roll Ennio Morricone music, rock 'n' roll spaghetti Western music”. He’s got a point. Ans where else could you find Chuck Berry and Al Green side-to-side with Kool & The Gang?

Best song: ‘Misirlou’ by Dick Dale & His Deltones is Pulp Fiction , there’s simply no getting around it.