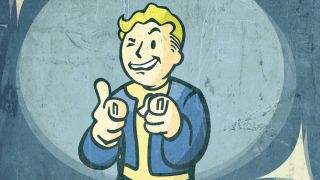 Alternate histories are some of the best stories in fiction. Starting in the real world and then spinning off at one key event, they're a perfect blend of believable, real-world storytelling and bizarre, terrifying "could that really happen?" wonder. And games have used them on a whole bunch of occasions, to either spin fantastical tales out of real-world events, or ground a ludicrous story in the realm of the legitimate.

Here are a few of of the most notable examples. Note though, no stories that drop into the historical fiction area. It's a slight distinction, but an important one. In order to make this list, a game's story has to spiral out from known real Earth history at a very specific point, not just occur some time in the past.

It all changed when: People always question what would have happened if some major leaders hadn't been assassinated. Prey puts some of those questions to rest by retrospectively saving President Kennedy from the 1963 assassination attempt, which means the very much alive President gets to put tons more funding into space exploration. So off we go to space, eventually stumbling upon the Typhon shape-shifting alien. Things don't go too well, as it attacks Earth and the USSR and the USA band together to defeat the extra-terrestrial menace. Happily buddies from that point forth, they build a space station together...and everything goes completely swell from then on.

Just kidding. Everything goes to hell after they start experimenting with the Typhon. What fun.

It all changed when: Surprise, surprise: this divergent timeline involves an alternate end to World War 2, where Hitler lost control and Germany became the German Empire. That jolly big nation then invaded England, who surrendered pretty damn quick and endured the occupation. Those living in the charming town of Wellington Wells in 1964 had to do something terrible (we don't know what it was, but from the sounds of it there was something to do with children), and to cope with the memory of it they created a happy little pill called Joy. Joy makes you forget all those bad things and instead turn into a positive beam of sunshine (not literally).

One unfortunate side-effect is that you become liable to have hallucinations and beat the crap out of anyone who refuses to take the pill, who get dubbed 'Downers'. Lovely.

It all changed when: The Nazis won World War II. By 1960 the world is dominated by occult-powered fascists sporting a natty line in sleek, retro sci-fi steampunk hardware. And massive robots. Somehow.

But it's the logical progression for the series, really. Wolfenstein 3D made Ridiculous Cartoon Sci-fi Horror Nazi Carnage a genre all of its own, and expanding that concept past the constraints of World War II is perhaps the only way of making it even more gloriously ludicrous. Good work, Wolfenstein: The New Order.

It all changed when: A second explosion went off in the exclusion zone around the site of the 1986 Chernobyl nuclear power plant disaster. Bending the place even further out of shape, the new cataclysm mutated the people, flora and fauna of the area into ghastly, dangerous new forms. It was also ambitious enough to break the laws of physics in places, and vomit up all manner of unexplained, borderline supernatural phenomenon. Because Chernobyl clearly wasn't bleak enough already.

But for some reason, rather than burying the entire place in concrete and forgetting all about it, people became weirdly obsessed with its exploration. This led to the widespread phenomenon of "stalking" the area for salvage, eventually causing a semi-functioning society and ongoing factional warfare to break out. Yeah, a second explosion in Chernobyl actually made it more popular.

It all changed when: Russia ended World War II by developing the first atomic bomb and dropping it on Berlin. With the German capital recalibrated into distinctly flatter form, Russia became the world's dominant super-power, in turn supporting a proliferation of Communist states around the world. Sixty years later, the Russians get really cocky and invade the USA.

A plumber saves the day. Because that's how things work in video games.

It all changed when: The American Civil War went on for a few decades longer than it should have. That led to a change in the evolution of the world's technology, meaning that the internal combustion engine never happened and steam power became the dominant technology. Hello, never-ending steampunk wild west. Though mercifully without a mugging Kenneth Branagh or any giant robot spiders.

The sci-fi western is always a good idea. Just ask Star Wars, Firefly, and Back to the Future III. All do great things with the concept in very different ways. But all, sadly, are also linked by the fact that they're much better than Damnation.

It all changed when: A time-traveller went back to Victorian England and accidentally dropped a load of futuristic tech all over the unsuspecting gaslit nation. Said tech was collected by one sinister Baron Fortescue, who used it to reverse engineer all manner of sinister machinery. His creations were topped by the none-more sinister Chaos Engine, a device capable of warping the very fabric of reality itself.

Soon, England was a steampunk-powered nightmare, quarantined from the rest of the world and populated by monsters, robots, and dinosaurs. Rather than turning it into the best theme park ever, outsiders started to infiltrate the country in order to fix the cataclysm.

It all changed when: The '50s never ended. For some reason, the world eschewed pot-smoking, free-loving teenage rebellion and maintained the bright-eyed, optimistic, innocent age of chrome and white picket fences on a long-term basis. The technology improved of course, but unfortunately so did the nukes - so when the global petroleum drought sparked a series of international conflicts between 2052 and 2077, a global nuclear apocalypse was perhaps inevitably the only thing that could bring about a ceasefire.

And the cessation of pretty much everything else.

It all changed when: Albert Einstein decided that World War II (yep, that again) was something the world could have done without, and travelled back in time from 1946 to 1924 to kill Hitler. Unfortunately, in a rare instance of the Nazis actually being useful, it turned out that their now-deleted existence held back aggressive Soviet expansion. Without Germany to get in the way, Russia made a bid for world domination, bringing out WWII anyway, just in a different flavour.

And then in Red Alert 3, the losing Russian side kickstarted another new timeline by going back and killing Einstein before he could develop the Allies' war-winning tech. Not being privy to Eistein's own time-travel mishap, they had no idea how badly wrong that sort of thing can go, and ended up rebooting a buggy future, namely one suffering from an unwanted case of eastern aggression. Cue WWII version 3.0.

It all changed when: A divergent Spanish/American War led to an alternate World War I, which in turn brought about a prosperous and peaceful Europe rather than the turgid cauldron of tension and resentment that lead to World War II. Thus, the Nazis never happened, and neither did the Great Depression.

But just when things seemed to be going a bit too well, a brutal alien race invaded, just to balance things out a bit.

It all changed when: Maybe it didn't. You see the Bioshock series is a borderline case. Yes, it starts with Andrew Ryan taking his merry band of social idealists off the mainland to live in a pineapple/city under the sea, and yes, by 1959 the people of Rapture are still living in a retro-futurist blend of '40s stylings, steampunk tech, and emerging sci-fi body-horror. But at no point is is clear that none of this couldn't have happened in parallel with real-world events.

Aside from a few landlubbers discovering Rapture's existence in the second game, the city remains utterly isolated from the world's timeline as we know it. Thus, it's not necessarily set in an alternate history at all. Similarly, given that Bioshock Infinite plays around with parallel universes, it's entirely possible that all of that could co-exist with our history too. But it's borderline, so I'm including it. Because it's Bioshock.

It all changed when: Humanity turned out to be only one of two dominant species on Earth, the other of which went extinct millennia ago, but hung around to warn us of a second apocalypse via a series of shiny holograms. The Assassins and the Templars then started to wage an endless, secret war against each other throughout the ages, with the aim of controlling the lost society's technology for good or ill.

Then Ubisoft got lost in Wikipedia for a few days when researching historical time periods for the series, and wove everyone from Pope Alexander VI to Benjamin Franklin, an evil George Washington, and a load of real-life pirates into its story. Because games are a serious emerging narrative medium.

So there are ten of the best, but what have we missed? Any particular spins on historical non-fact that you think we've missed? Bonus points if it doesn't involve World War II at all.

And while you're here, check out some more of our delicious lists. Try The Top 7 historically inaccurate historical games and The Top 7 Historical figures defamed by games.