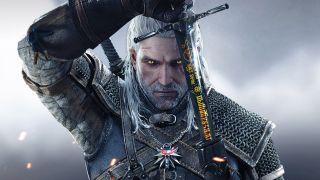 What's next for The Witcher

The Witcher 4 hasn't been officially announced yet, but we already know what might be on the way.

Just because The Witcher video game series is on a break doesn't mean your adventures as a cat-eyed, monster-slaying mutant and/or their gang of motley fantasy friends have to end. Developer CD Projekt Red teamed up with pen-and-paper RPG company R. Talsorian Games four years ago, and the first part of that deep collaboration has finally born fruit: The Witcher tabletop RPG is available now.

Whether you're a Witcher fan looking to try out the original role-playing games for the first time, or a seasoned die-roller questing for their next campaign, there's a lot to talk about. With that in mind, I took a deep dive into all 300-plus pages of the RPG's sourcebook to see what highlights grabbed my attention.

The lifepath system is fun to play all by itself

You know those Facebook memes that take the first letter of your last name and your birth month to arbitrarily determine what kind of a fictional character you'd be? The Witcher RPG's lifepath system is a way better version of that. You start by rolling to see which of The Witcher's many nations (or vassal states of the Nilfgaardian empire) you were born in, and then you follow your character all the way through to what kind of romances and misfortunes shaped their life.

In about five minutes of rolling a ten-sided die I determined I was a peasant from Aedirn, giving me a natural knack for crafting. Unfortunately, my mother was falsely executed (the villagers probably thought she was a sorceress) and my family had to flee our hometown to avoid the same fate. I made friends with an artisan in our new home who helped me craft a lucky token I keep with me to this day. I have an older brother who looks up to me and a younger sister who wants to kill me - probably related to that time a monster ate our other brother. I got caught in a bad romance when I was a teenager and now somebody's trying to blackmail me, which would be a great hook for getting my character involved in whatever adventure comes next. All that detail is straight from the dice rolls with a minimal amount of connecting the dots on my part. You can also pick from all the tables if you have a specific character in mind, but otherwise it's fun to see what kind of a life chance yields.

I have to respect any writer who is this dedicated to being able to authentically describe a part of their game's setting, as written by Cody Pondsmith on pg. 334: "Probably the craziest thing I did on this project was creating Witcher Oils and Decoctions. I spent, probably, too many hours researching the best equivalent of Mutagens and wandering around my local market picking out pork liver. Luckily, with the exception of monster parts and certain plants you can find analogs for a lot of the ingredients listed in the Witcher video games. Long story short, yes indeed the decoctions and potions Geralt drinks are just as foul as they’re described in the novels... Trust me…"

The mechanics have an old-school feel with some modern flair

Many modern tabletop RPGs eschew systems-level complexity in favor of shared storytelling with a framework of highly abstracted die rolls (assuming they use dice at all). The Witcher Tabletop RPG is not one of those games. Just look at the skill list: there are almost 50 of them, and that's not even counting the Key Skills that are exclusive to Professions! That's dozens of different ways you can granularly customize your character, and we haven't even begun to talk about base stats, gear, and magic yet. Thankfully, there are some more modern touches too, like three-pronged skill trees that allow players to specialize in simple but powerful ways. It's a fusion of old and new that doesn't fit perfectly and could use a little more clarity in spots, but it does go well with The Witcher's modern take on old-school swords and sorcery.

Combat is deadly and rewards planning

I winced several times when I was reading through the Critical Wounds table, seeing the permanent effects of septic shock or a sucking chest wound - that is, the effects that remain assuming you get medical treatment. That kind of grisly fate is always a possibility in battle if your luck's bad enough, but not because The Witcher TRPG wants to be grim and cruel. It's trying to make you think like a Witcher (whether or not you're actually playing one). How can you exploit a monster's weaknesses to certain elements? What dirty trick can you pull to gain the upper hand on a well-armed combatant? Are you really being paid enough to deal with all this danger, or are you going to demand a hazard pay bonus from your employer when/if you get back to safety? And none of that comes up if you can breeze through most encounters.

Being a Witcher is damn cool

If you're playing a game called The Witcher, there's a good chance that you want to play as a Witcher. Maybe your whole group does. And that's ok! The eponymous profession receives enough detail and nuance that you could all easily witch around in your own ways without stepping on each others' mutant toes. There's a whole separate tree of the lifepath system to determine what kind of weird stuff happened to you on the path to Witcher-dom, and there are different skill trees to invest in, different Witcher schools to follow (you could be a Wolf like Geralt, or a dual-wielding Viper assassin like The Witcher 2's Letho, to name a few), different magical sign specialities to learn, and so on. Of course, you'll probably have more fun with a diverse group - that goes for pretty much any tabletop game.

You can be a handy artisan or cutthroat merchant

Witchers have the most pages dedicated to them but they're only one of nine professions. Why spend all your time fighting monsters when you could become a successful Craftsman or Merchant? I'm not kidding! There's a detailed crafting system, with all kinds of recipes and reagents, and somebody has to sell all of those goods. And there's even a pretty cool optional system for Verbal Combat, allowing for non-violent conflicts to have just as much tension and impact as stabbing a griffin's eyes out. You could always make your merchant handy with a sword if you want to take them on more traditional adventures too - professions determine your character's overall archetype, but you're always free to pick up other skills.

It's a lore compendium for Witcher fans

Enjoyed the story behind The Witcher video games and want to learn more about the world, but you aren't quite ready to read through all the short stories and novels that inspired them? The World and Bestiary sections are here for you. They may not be as colorfully written as the words of Andrzej Sapkowski, but their detailed entries on nations, alliances, religions, and monster species will give you a deeper understanding of the key players in The Witcher's world (both human and otherwise). Oh, and don't worry about spoilers if you haven't finished The Witcher 3 yet; the game's default setting begins a few months before The Witcher 3 so there's nothing to spoil. It even has some guidance for how to tweak your setting to fit the various potential outcomes of The Witcher and The Witcher 2.

It's a clever way to get your friends into tabletop RPGs

If you're a seasoned TRPG player, you know how important it is to get everybody you know to also play TRPGs. That way if you ever need to fill an absence or get an all-new group together on short notice you have plenty of people to call. And if your non-TRPG playing friends are already into video games like The Witcher 3, it will be much easier to convince them to give this a shot than something else they've never heard of - or worse, something that they have heard of and associate with bitter arguments about the comparative tensile strength of orcish war axes. It won't be the easiest system to teach somebody on, no, but there are much more complicated ones out there too. It sure as hell ain't Ars Magica.

And it has good advice for new game masters, too

Maybe you're coming at The Witcher TRPG from the other direction, as somebody who's a big fan of the games and/or stories but has never played D&D or anything like that before. The Game Master's Guide section of the book is for you. It addresses some concerns you probably already have, like how to portray a world filled with both hatred and violence and love and sex without giving anybody at your table the creeps. And there's some more general wisdom about how to make sure you don't let your players get too powerful too fast or how to run good NPCs that enhance the game without dominating it as well. Take all the advice to heart, and hopefully you'll have fun running many more games in the future!