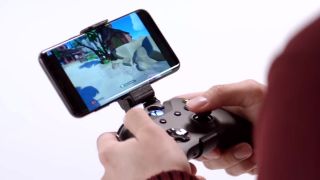 Google Stadia's debut at GDC 2019 was the biggest push for video game streaming in recent memory but Microsoft may not let it stay that way for long. After Xbox boss Phil Spencer watched the Stadia announcement at GDC, he reportedly sent an internal message to the team back home that treated Google's message as "validation" for Microsoft's own efforts. Tech outlet Thurrott managed got a hold of the message, and it shows Microsoft is planning some big streaming-related announcements of its own at E3.

"Today we saw a big tech competitor enter the gaming market, and frame the necessary ingredients for success as Content, Community and Cloud," Spencer wrote. "There were no big surprises in their announcement although I was impressed by their leveraging of YouTube, the use of Google Assistant and the new WiFi controller."

Microsoft's own project xCloud has roughly the same idea as Google Stadia: a service to let people play games instantly from just about any connected device with a screen. Though the company revealed xCloud's first details back in October, it still hasn't given the service a big stage-worthy rollout. Expect that to arrive in oh, say… June?

"But I want get back to us, there has been really good work to get us to the position where we are poised to compete for 2 billion gamers across the planet," Spencer added. "Google went big today and we have a couple of months until E3 when we will go big."

After years of building infrastructure and systems, the groundwork is there for both Google Stadia (which is set to arrive sometime in 2019) and Microsoft's game streaming efforts. Google struck first in terms of grabbing public interest, but as Spencer says at the conclusion of his message - which I imagine he strongly suspected would leak out to the public - now "it's all about execution".

You may not be able to stream them all right now, but you can still pick out some favorites from our list of the best Xbox One games. And keep an eye out for the exclusives in the video below.