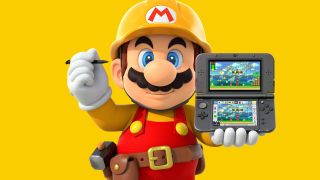 Super Mario Maker for 3DS is coming on December 2, but it will be a little different from its Wii U counterpart. Nintendo revealed the new handheld level-creating game on its 3DS-centric Nintendo Direct presentation on Thursday.

Now about those differences: while you'll still be able to make your own Mario levels from a variety of themes, it sounds like you won't be able to upload them online. Instead you can share them locally or via StreetPass. You'll also be able to share incomplete stages and let your friends finish them.

Some player-made stages from the Wii U version will be accessible, but you won't be able to search by course ID - instead, they'll just pop up as part of the 100-Mario Challenge. As a fan of Mario Maker who often couldn't be bothered to turn on his Wii U, I had been hoping for a 3DS version for a while. But all these online omissions have tempered my excitement a bit. Hopefully the final product is still a worthwhile experience of its own.