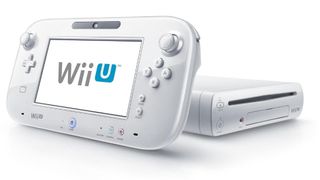 Do you hear that thud? That’s potentially the sound of the last nail in Wii U’s coffin, hammered down by the recent announcement of the Nintendo Switch. Nintendo is rumoured to be ending production on the Wii U this week. And, despite several sources stating a similar thing, Nintendo are denying it. Although the company has admitted it will “greatly reduce the amount of Wii U systems produced and shipped.”

With that in mind, let's take a look back at its four-year lifespan and how people are reacting to the news that the console could well be Resting in Peace.

In hindsight, all the signs were there. Especially this foreboding one:

The Wii U Has No Games pic.twitter.com/BYayu0iTJzOctober 29, 2016

But before I dive into the reaction to the announcement, here’s a brief history of the Wii U. Remember this trailer from way back in 2011?

A brief history of the Wii U

The Wii U was unveiled at E3 in 2011, and was released in stores a year and a half later in November 2012. The focus was largely on the new GamePad, a handheld controller which had a touchscreen, HD graphics, and could be projected onto the TV. The touchscreen meant the GamePad could be played as a portable videogame system if you didn’t want to use a TV, but this innovation came with some issues.

To start off reviews were lukewarm, with some slating the short battery life on the GamePad and its feeble touchscreen, which required fingers to stab the screen instead of using an effortless stroke like users were used to with other touchscreen products.

The Wii U gamepad is not great for extended sessions.December 30, 2014

The announcement of the Wii U Pro controller in E3 2012 quelled some complaints about the GamePad, but it took a while for reviews to recommend the Wii U to gamers.

I got the last Wii U Pro Controller from GameStop. Finally, I can play Smash on something other than the GamePad!December 30, 2014

Polygon confessed they found it “difficult to figure out exactly what Nintendo is trying to do with the the Wii U”, and we wrote that “EA, Konami, and Capcom seem completely uninterested in supporting the Wii U”, as publishers like Activision and Warner Bros. Interactive had begun to back off from releasing their own games on the console. After almost two years’ worth of console updates, Kotaku finally recommended that people should buy it.

It took some time, but the amount of decent games available on the Wii U - Shovel Knight, ZombiU, Super Smash Bros., Splatoon, The Legend of Zelda: Wind Waker HD, Pikmin 3 - eventually made the Wii U a worthwhile purchase.

How people have reacted to the death of the Wii U

Well, sales figures don't lie, and you can’t deny that the Wii U has been tripping over its laces as of late.

Just for context, PS4 sold more last month than Wii U this year. Uncharted 4 has sold more than all Wii U games this year.October 27, 2016

The reaction on Twitter has been entertaining to say the least. Some are already making comparisons to the Switch.

These Switch graphics are insane compared to the Wii U pic.twitter.com/MOll1opXpOOctober 25, 2016

And this won’t be a gif I’ll forget in a hurry.

Wii U halts production this week. NeoGAF responds in the only way it knows how. pic.twitter.com/jd7gL99vKtNovember 1, 2016

Amidst the inevitable Switch remarks are also those who are genuinely sad that the Wii U will be with us no longer.

Some are already predicting that we’ll remember the Wii U at its best, thanks to the forgiving light of nostalgia.

I definitely agree with this, the Wii U will be celebrated years after its gone. The quirky nature of the console gave it a lot of character https://t.co/kuvNvx4oIhOctober 31, 2016

For those of you who are already getting their sights set on collecting every game for the Wii U, a user over at Imgur has provided a visual checklist of everything released on the Wii U ever.

So goodnight, sweet prince. Let’s hope the Switch is remembered as fondly as you.

Zoe Delahunty-Light
Hi, I'm Zoe! When I'm not gushing over Bioshock or playing Dungeons & Dragons you'll find me trying to unearth another ring to add to my knuckleduster-worthy collection.
See comments