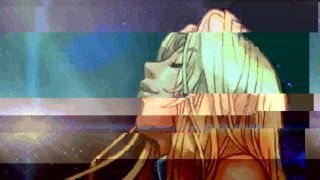 Every time Nintendo puts out a new console, Metroid fans wearily hope that this will be the one to host the revival of our beloved bounty hunter. As of August, it will have been 10 years since a good Metroid game came out - that is, Metroid Prime 3: Corruption. Now that Nintendo Switch has hosted the revelation that is The Legend of Zelda: Breath of the Wild, we should adjust our expectations. Breath of the Wild proves that a new Metroid absolutely needs to happen on Switch, and that it absolutely should not be whatever old-school return to form we've been dreaming of for the last decade.

To be clear, I'm not calling for a Metroid game that lets Samus cook Geemer meat and clear Chozo Shrines to earn Energy Tanks. Metroid would benefit most by taking notes from Breath of the Wild in a more philosophical sense. Imagine the same fresh thinking that led Nintendo to release a 3D Zelda without a hookshot (seriously, it's the first since Majora's Mask) applied to the Metroid series! Then I want Nintendo to put whatever it comes up with on Switch so I can take it everywhere and never, ever stop playing it.

This is the part where grizzled Metroid fans start elbowing me in the ribs. "Please shut up," they plead, "and just ask for a traditional new Metroid instead. The last two times Nintendo tried to rethink the series we got Metroid: Other M and Metroid Prime: Federation Force, and they were both awful in uniquely impressive ways!"

I couldn't blame anyone for having that reaction. For many years I just wanted another dedicated, sidescrolling Metroid game. We haven't had one of those since Metroid: Zero Mission came out in 2004! But set nostalgia aside for a moment - it'll still think the Crystal Flash technique was the coolest thing in the world when you get back - and remember those strange days when we somehow got Metroid Fusion and Zero Mission within two years of each other. They were both great, but they continued the legacy of Super Metroid without surpassing it. And the novel appeal of the Metroid Prime trilogy was flagging by the time it got to Corruption.

Metroid spent most of the '00s reliving old glories, whether in 2D or 3D. Then it stopped. At least that gap saved Metroid from building up the weary, "haven't we done this before" weight that was suffocating Zelda before Breath of the Wild came along. And honestly, the prospect of another well-crafted "Metroidvania" game doesn't have the same inherent appeal that it used to, now that so many independent creators have contributed to the genre. If I want to play a game that's like Super Metroid but isn't Super Metroid I have plenty of options: Cave Story, Axiom Verge, and Guacamelee, just to name a few.

I don't know how Metroid should be reinvented. I do know that Nintendo managed to make the most "Zelda-like" game in decades by throwing out almost everything we thought we knew about the series and looking back to its original inspiration: exploring nature. Maybe Metroid should revisit its love of Alien and become a sci-fi survival horror game? Those chilling escape scenes from SA-X were definitely the coolest part of Metroid Fusion and the series has always had creepy atmosphere to spare. Ok, I officially want that now, but I also readily admit that Nintendo is the expert on these matters.

Breath of the Wild was originally shown to the public as The Legend of Zelda for Wii U. It may have been a happy coincidence that work on Switch caught up fast enough for it to become a generation-crossing launch title, or it may have been the plan all along. No matter how it happened, Switch arrived into this world bathed in Zelda's warm glow of new ideas and pleasant surprises. Now Switch is the perfect place for Metroid to make its grand re-entrance, and Metroid is the perfect way to keep stoking Switch's fire: another courageous game that respects our love for the old ways enough to say, "Hey, that was great, but now let's give this new thing a try."