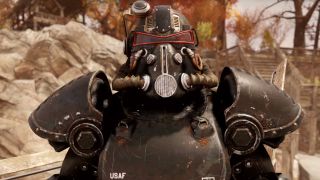 Pete Hines has recently opened up about just how much of an impact Elder Scrolls Online had on Fallout 76, and boy, it's a lot. In an interview with GamesIndustry.biz, Hines went into a lot of depth about the lessons the Bethesda team learnt from the launch and continuing support of the Elder Scrolls MMO, in particular thanking the fans who "stuck to their guns and weren't swayed by people", and excuse me for one second as I have something in my eye.

Hines goes on to say that when it came to what Bethesda has learnt from Elder Scrolls Online, "we as a marketing, community and PR team try and take a lot of what we learned working on ESO and came to them with things that we think we ought to do that we're not doing - whether it's the Inside the Vaults [Bethesda's Fallout 76 updates] that we do, or the way we approach patch notes. They're just different to the way they've done patch notes before. We're trying to offer up more transparency and communication, and being more visible than we used to be in the Bethesda Game Studios threads, forums and subreddits."

Like with Elder Scrolls Online, with Fallout 76 Hines mentions how "you have to make changes and pivot. [ESO] underwent some pretty fundamental changes. We realised that this game can't succeed with the way that we envisioned. We have to change and listen to what players are saying. Bethesda Game Studios has taken a page out of that notebook and said, 'Well alright, we're going to continue to listen and figure out what people want more of."

Double crossing, romance, and not being sworn to carry our burdens: here's how the Fallout 76 human NPCs are going to work

According to Hines having worked on Elder Scrolls Online diligently since launch and working to make the game better "improved the value and the commitment, particularly for those who have stayed with us from the start, right? There's a lot of them, and they not only stuck with us when we were dealing with problems and issues, but also stuck with us when it was very popular and very trendy to kick us while we were down and pile on Fallout 76. They stuck to their guns and weren't swayed by people."

Elder Scrolls Online's latest expansion, Elsweyr, is already in full force. Having played a chunk of it myself it's already proving to be a heck of a lot of fun, and with Summerset (the previous expansion) being straight-up gold as our own Rachel Weber talks about in this article, ESO is definitely winning over gamers who might have never touched an MMO before. With Fallout 76 coming out with its Wastelanders update soon, which brings human NPCs to the game for the first time, this interview makes it sound like good things are on the horizon as Bethesda are listening to their community - so let's keep our fingers crossed that the Wastelanders update is the first step towards a bright future for Fallout 76.

Want to get into Fallout 76 yourself? Here's the latest Fallout 76 patch notes so you can see what's changed, or look below to watch the best tips we have for surviving in the wasteland!