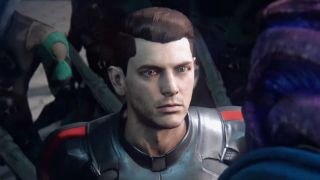 If you signed up for a chance to play Mass Effect: Andromeda's multiplayer mode early, I have some bad news. BioWare has called off the game's multiplayer technical test ahead of time. It sounds like it just didn't have the resources to run the event when the game is already so close to launching on March 21.

Sorry we won't have MPTT. I know many were looking forward to it (as were we). Long story but right decision for how close we r to live 1/4March 2, 2017

Meanwhile, we'll get some more MP info out - let's get the ball rolling... see you all soon in Andromeda! 4/4 pic.twitter.com/FuhGpuat9fMarch 2, 2017

As Melo mentioned, PAX East attendees will be able to play Mass Effect: Andromeda on the show floor from March 10 to 12. Visit BioWare Base in room 2AB to try it on PC or Microsoft's booth (No. 13019) to play on Xbox One. Not going to PAX East? Me neither. There's always Twitch, I guess.

It's becoming more and more common for big multiplayer games to do public tests in the weeks leading up to launch. Hopefully skipping that step doesn't portend problems for Mass Effect: Andromeda. Though even if multiplayer is completely busted at launch you'll still be able to get through the campaign just fine - no Galactic Readiness rating here.