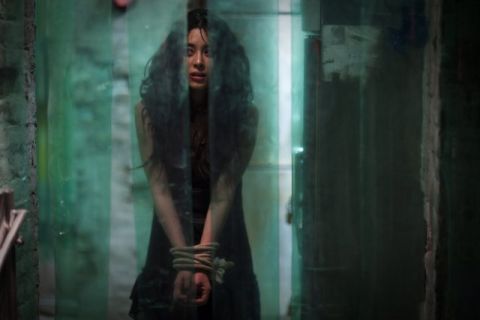 Revenge is a dish served repetitively in Kim Jee-woon’s baroque, bludgeoning thriller. Whether it’s best served that way is another matter.

A keen stylist and genre-hound, Kim aced ghosts in A Tale Of Two Sisters and cowboys in The Good, The Bad, The Weird. But his gory entry into South Korea’s avenger sub-genre – following Park Chan-wook’s sick-pics – puts savagery before substance.

Unluckily for him, his latest victim’s fiancé is top cop Soohyeon (the pretty but intense Byung-hun), who isn’t satisfied by catching Kyung-chul: instead torturing him, releasing him, tracking him by GPS then torturing him again in a sickening game of cat-and-mouse.

A greenhouse dust-up is ferocious yet lush; a knife fight is contained yet explosive. Bursts of black wit are judiciously dished, as when a doctor advises a busted-up Kyung-chul to play football more gently.

Granted, a film this well-made won’t bore. But as the blood thickens and the plot thins, our sympathies finally revert to the woman who implores Soo-hyeon: “This is meaningless. Please stop it.”