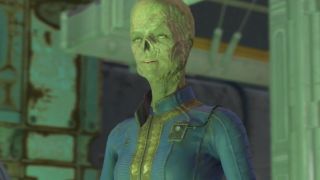 This is the first settlement-boosting Workshop DLC to come with an associated in-game quest, which will guide you through the initial construction of your Vault and get you started with some experiments (it's not a real Vault without experiments). It's also theoretically the last Workshop DLC, since Bethesda plans for Nuka-World to be the final downloadable expansion for the game when it arrives next month.