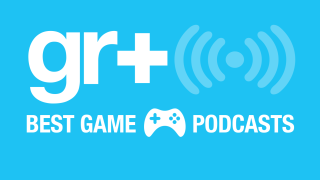 And so, our tour of pop culture podcasting comes to gaming. It’s a huge field, but there really is something for everyone. Whether you’re fascinated by the history of games, want to get Play of the Game JUST ONCE PLEASE GOD or have a hankering to throw some dice rather than a controller, then I have a podcast for you. Actually, I have seven. And here they are!

Hugo-award nominated this year, and with damn good reason, Cane and Rinse is the School of Movies of computer games. The shows share the same deep dive into context, history, and nuance but C&R’s focus is much narrower. The team, led by Leon Cox and including Tony Atkins, Jay Taylor, Joshua Garrity, and a legion of others, discuss a single game every episode, folding in audience recollections and occasional, impressive industry guests.

The enthusiasm behind that combination of analysis and nostalgia makes the show shine. Their Crazy Taxi episode is the team at their best; all bringing personal experience to a larger topic to help everyone understand and love it. It’s a simple formula, brilliantly executed and just part of the huge amount of content they put out.

Given that I’m listening to the Overwatch soundtrack while writing this you can probably guess why a show about game soundtracks has made the list. Sound of Play (Cane and Rinse’s sister show), embraces the vast amount of beautiful game music out there and picks a few tracks to talk about in detail.

It’s not academic or dry but rather uses the music to talk about the games and from that the emotional experiences of people who’ve played them. The show shines a light on a vital part of every game and is sure to feature both old favourites and brand new hotness you’ve not heard yet. Check it out and get ready to expand your soundtrack collection.

C&C are a PC-only show but, Chris, Pip, and the last in a long line of men called Tom regularly cover industry-wide news, too. Most recently that’s included Health Sniper Ninja Grandma Ana, the new character on Overwatch.

But their PC only stuff is their best, especially a recent piece about the curious ethics of social gaming on a press pass. This story is hilarious and awful, and involves one of the team accidentally becoming a criminal in Star Citizen by being too polite. It can be found on Episode 149, but if you’re a PC gamer you can jump in anywhere. There’ll be something you love in every episode.

Overwatch has exploded onto the scene and, even as a new player it’s easy to see why. There’s an intoxicating combination of sugar shock exuberance and Pixar quality design mixed with a remarkably canny, nuanced game.

I do still die. A lot. But I’m getting there.

That’s where The Overview comes in. Think of them as a news station/talk show for all your brightly coloured super speedy/occasional genius gorilla/badass Russian weightlifter needs. Host ChanMan and a shifting cast of co-hosts, cover developments in the game, the booming e-sports Overwatch community and chew over each evolution as it hits. As a newbie, it’s sometimes a struggle to catch up but persevere, it’s worth it.

Go Team Space Barbie! I love Destiny but it sometimes feels a lot like a gorgeous sandbox filled with incredibly powerful players and occasional scripted events, neither of which want anything to do with you. That can be depressing. And there is nothing sadder than a Sad Space Barbie. But help is at hand!

Guardian Radio is basically local radio for Destiny, and it’s brilliant. As well as regular discussions of news and developments in the game they do a lot of community outreach. Player clans are regularly spotlighted and recently they’ve begun walking groups of players through tougher sections of the game, as well as running in-game competitions. Destiny can be a lonely game, especially for lower level players, so if you’re looking for group, listen to this.

Writers Gita Jackson and Patrick Klepek, and teacher Sam Phillips, dig deep into the cultural context of computer games. Sounds heavy doesn’t it? Sometimes it is, and that’s a good thing. The Prince Tribute episode (Episode 48) is a particular standout as is their open and honest ongoing discussion about depression.

However what makes the show work is how informal, fun and funny the hosts are. That positivity ties back into their discussions and gives everything they talk about an edge of (often NSFW) enthusiasm. Start with their Pokemon Go episode (Episode 58) and work out from there.

And finally, for something completely different. Board games and tabletop RPGs have been in the middle of a renaissance for a while now. There are so many board games out there, often on the high street now, that the question is no longer ‘Is there anything to play?’ but ‘Where do I start?’ Here.

Hosts Jamie Keagy, Tony Topper, Brian Moore, Chris Miller, and Steve Spang are long-term board game and RPG fans. They are tireless advocates for new, interesting games and throw themselves headlong at ones that could be fun. If they are, they’ll tell you. If they aren’t, they’ll tell you that too. The shows run LONG, but you won’t find a better guide to the world of tabletop gaming. Start with Episode 109, which discusses the Game of Thrones board game.