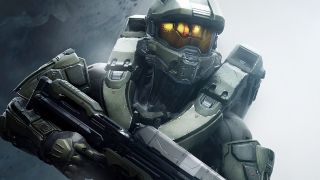 E3 seems to start earlier every year, and this Saturday's EA Play conference kicks off a week of trailers, surprises, and general video game-related ballyhoo. While we're all excited for what's essentially video game ad-mageddon, E3 is also a great way to size up the industry as a whole, looking at how promises made over past years have panned out and analyzing what the future holds. And we have questions.

We've compiled a list of questions we hope to have answered at E3 2017; ones that will, when answered in a week's time, hopefully shed some light on whether Scorpio will put Xbox on top, whether PSVR is still a thing, whether Nintendo Switch can keep its gravy train rolling, or whether Sony can get us to care about Knack 2. Actually, scratch that last one - the answer is no.

Switch is hot right now, but how can it keep up the momentum?

I think we all expected the Nintendo Switch to do well, especially after the tepid lifetime sales of the Wii U. But I don't think we expected it to sell this well, with sales rocketing past the Wii's comparative first months on the market. Time will tell whether that momentum carries forward into the holidays, and a lot of that will, of course, rest on Nintendo's line-up.

Major first-party titles are a given, but after Splatoon 2, the only game announced with serious mainstream appeal is Super Mario Odyssey. Fire Emblem Heroes and Xenoblade Chronicles 2 will find an audience (hell, I know I'll be there), but what does Nintendo have beyond those games for the rest of 2017? More emphatic third-party support? Maybe a Metroid Prime reveal to get the core audience frothing on social media, or a proper Wii Sports sequel to bring in families and more casual gamers? Will Pokken Tournament DX be enough to satiate Pokemaniacs in September? Whatever happens, Nintendo has already shown that it's not going to make the same mistake it did with the Wii U at launch - now it's time to see how it closes out the rest of the year. David Roberts

Since the Wii, Nintendo has released a raft of classic games through its Virtual Console platform, and the Nintendo Switch poses a unique opportunity to bring nearly every single console in Nintendo history together in one place. The system's got a built in touch screen for DS games, motion controls for Wii games, and even GameCube games are rumored to arrive. Virtual Console could make the Nintendo Switch the greatest legal retro gaming device in history.

And yet Nintendo remains surprisingly cagey about pinning down specifics. We know it's coming in some form with Nintendo's online subscription plan in 2018, but everything else is nebulous. My prediction is that we'll not only find out about Nintendo Switch's approach to Virtual Console at E3, but it'll get a ton of games that day too. Of course, as with anything related to Nintendo, don't get your hopes up too much. David Roberts

Will Sony continue to champion PSVR or will send it off the farm with the Vita?

Strange as it may seem, the PlayStation VR headset is still less than a year old, so don't count it out just yet - but don't expect it to get much love on Sony's E3 2017 stage, either. In its current iterations, VR gaming as a whole seems to be something of a non-starter for the time-being, reserved for early adopters with optimized setups and a high tolerance for abundant cables. PSVR games were little more than a blip during the PlayStation Experience 2016 keynote, and though the headset just passed one million sales, that's still miniscule compared to the over 50 million PS4s shipped worldwide. Giving precious stage time to something a fiftieth of your audience feels invested in seems unwise, unless it's the kind of revolutionary, breathtaking, system-selling exclusive that VR developers have yet to produce. For now, think of the PSVR as lying in wait for when VR finally catches on with the masses (should that happen any time soon), unlike the aging, all-but-forgotten Vita that Sony shuns like an estranged relative relegated to a nursing home. Lucas Sullivan

What's up with those games announced during Sony's E3 of Dreams in 2015?

Sony was far and away seen as the "winner" of E3 2015's press conferences with its triple-hit combo showcasing games we long thought dead or forgotten: The Last Guardian, Shenmue 3, and a Final Fantasy 7 Remake, all on one stage. We now know that The Last Guardian turned out great, but as for the latter two hyped-beyond-hyped games, don't expect any big announcements at E3 2017 - if they're even mentioned at all. Shenmue 3 is skipping E3 entirely, with the crowdfunded project (currently boasting $6.7 million and counting) now pushed back to the second half of 2018. Meanwhile, the revamped FF7 might be going back to the drawing board: development that was being handled by third-party studios is being shifted in-house to Square Enix. Sounds like the overall quality will go up as a result, but so will the wait time. And though it's all but nameless next to those titans, another game shown at Sony's E3 2015 presser - Media Molecule's trippy, build-it-yourself plaything Dreams - may make an appearance, perhaps to announce some dates for the beta test which got pushed out of 2016. Lucas Sullivan

What does Scorpio need to do to bring Microsoft back into the game?

Put simply, it needs to reestablish itself as a machine on which to play games. Or rather, re-re-establish it. When the Xbox One was initially revealed, it was bogged down by its strange multimedia focus and push toward non-gaming content. They demoed the thing by showing you that people could interrupt movie night to call you on Skype. Who the hell was the original vision of the Xbox One for? Following a change in management, Phil Spencer shed all the nonsense about the Xbox One being a replacement for your cable box. Xbox secured great timed exclusives like Rise of the Tomb Raider, brought back some of its biggest franchises, and launched great online services. Things were good, for a time. Then Microsoft had less and less to show, with games getting delayed or canceled. Now it feels like Xbox is languishing in the water as people struggle to find games. Scorpio needs to be presented as the definitive Xbox machine on which to play both exclusive and multiplatform titles. Bring out all the big guns and franchises, all the developers who've got good-looking projects with extra features for Scorpio. As the most graphically powerful console yet, Microsoft has the hardware side of the equation down pat - now it just needs to show it cares about software, too. Sam Prell

We know Microsoft is set to reboot the Xbox One with its upcoming powerhouse of a console, currently codenamed Scorpio. So how will Sony respond? It can't just ignore the big black box in the room, but with the PS4 Pro already out (and response to it having cooled significantly since last year), plus the virtual abandonment of the Vita by Sony over the last few years, there's a slim chance for new hardware on the horizon. That said, Sony could easily counter that with a few curveballs of its own, including dropping the price of the base PS4 to $200 and the PS4 Pro to $350. And from there, it's time to bring extended focus on heavy hitters like God of War and Days Gone. A personal wish of mine is for Sony to finally open up its PS1 catalog on PS4, instantly increasing the PS4 library by several hundred games - though, given recent quotes from Sony execs, this is a longshot. David Roberts

Yes, and that's fine - if 343 and Microsoft can realize that. When it arrived on the scene, Halo was the biggest, most impressive FPS on the market. It was an easily understood, easily marketed concept: you are big tough green man, you shoot mean aliens. But four sequels, a prequel, and multiple spin-offs later, the ideas aren't so simple anymore. With each entry, there's more nuance, more lore, more to know and understand about this universe that Bungie created. But with more of all that, there's more turning people away: one person might not like the new villains, another might not like the new gameplay. It's only natural that people would gravitate back toward simplicity. That's okay, because as it turns out, people actually do like complex, intricate things. Granted, it's not going to be as many people (more people watch The Big Bang Theory than Rick and Morty), but be good to that audience and they'll be good to you. Stop trying to make Halo the uber-sensation it once was and let it evolve into something new. After the events of Halo 5, it felt like Locke was meant to be the new hero of the series - as if all Halo needed to be big again was a sleeker, cooler hero. Yes, Halo's time in the spotlight is done. But that isn't what's holding it back from being great again. Sam Prell

Do we even need E3 any more?

The short answer is that, for as long as businesspeople and mainstream publications prefer to practice their trades in person, we'll have E3. But the longer answer is that it seems like the "one trade show to rule them all" mentality is already long past expired. Just look at EA; it's setting up way the hell over in Hollywood to show off its big games at the EA Play event days before the LA Convention Center showfloor opens. It can get away with that because the vast majority of its most important audience - consumers - tunes in via Twitch or YouTube. The rest can take the bus. It's only a matter of time before more publishers pull back from the E3 event proper in favor of their own top-to-bottom events spaced throughout the year. Connor Sheridan

What does opening E3 to the public mean?

E3 has always been one of those "if you know somebody who knows somebody you can probably get in" type of events. But for the first time in E3's more than 20 years of history, it will be truly open to the public. At least, the members of the public who bought tickets - they're all sold out now. Calling E3 a Professional Event would have been a stretch any year, with all the flashing lights and booming trailers on repeat, but this still marks a big cultural change. We'll have to wait and see how it affects the event. Connor Sheridan

Is 4K a white elephant, or is it here to stay?

Trying to sell people on a technology that you have to see to really understand is an uphill battle, and the introduction of both 4K and HDR into games is no exception. But despite the questions and skepticism around the PlayStation 4 Pro, sales of the latest Sony console have thus far exceeded the company’s expectations, meaning that somewhere out there, people are buying into the vision. With the planned launch of Scorpio later this year, E3 is the prime chance for both hardware companies to go big on 4K during their press conferences.

This trend goes beyond gaming, with companies from Netflix to Blu-Ray to LG investing in 4K infrastructure. The technology isn’t likely to disappear in a puff of smoke. But E3 is also a prime time for game studios to get involved in the conversation. Endorsements from notable game creators about what 4K brings to the experience would probably go even farther toward convincing the critics whether or not they should really care about 4K. Anna Washenko