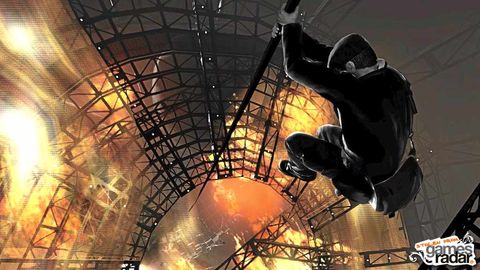 Still, you can’t finish The Saboteur without wondering if this is what developer Pandemic really intended their finished product to be. Throughout the game, we noticed sloppy glitches such as Sean’s head popping through a car roof, or a Nazi general randomly exploding after we walked by him. Seemingly important characters are introduced, then abandoned by the main story. The protagonist’s mysterious background is repeatedly mentioned, but never fully explored. The Achievement / Trophy for beating the game is called “The Legend Begins.” Heartbreaking.

If Pandemic hadn’t been closed by EA last month, would they have been given more time to transform The Saboteur into something amazing? Or given the chance to make an amazing sequel? We’ll never know. As far as swan songs go, though, The Saboteur is a high note.