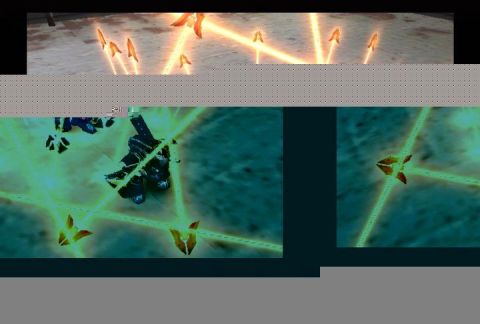 Well, this is nuts. It’s part interactive manga, part dating sim and part hardcore turn-based scrapper with mechs. It’s set in an alternative ’20s New York where the city’s guardian angels are called the New York Combat Revue, a group of female mech pilots who perform in nightly Broadway musicals at the Little Lips Theatre. That’s their cover story, see, and the theatre doubles as a secret base. The Sakura Wars franchise is huge in Japan and – understandably, given both its premise and the nature of the game – this is the first time one of the games has come out over here. And to be honest, we could have managed without it.

Without getting too bogged down in the story, you play as a young lad who’s transferred from the Imperial Assault Force in Tokyo to the aforementioned New York outfit. Your initial struggle is getting accepted by the girls, which is done by pressing the A button an inordinate amount of times to scroll through the dialogue, and occasionally choosing an appropriate response to a question from one of three answers. Or you can choose to deliberately annoy them with a jerkish answer, but don’t expect to get in their good books.

Part of gaining acceptance involves helping out around the theatre, which means completing a handful of cheap button-prompt minigames. But mainly it’s the chat. A good hour or so into the game, you finally get to have a fight. Hurrah? Well, sort of. Unlike the continual pressing of A, the scraps are quite complex and long-winded, taking a cue from many a turn-based strategy RPG.

The player controls all mechs in the party, maneuvering them around the battlefield and deciding between standard, special and joint attacks, and healing and defending. See the blue bar on the bottom of the screenshots? That bar depletes as you move or perform the issued commands. When it’s used up, the turn ends. The fights go on for ages thanks to the extended cinematics that kick in for every attack. Unfortunately, there’s just far too much puff and nonsense for our tastes.