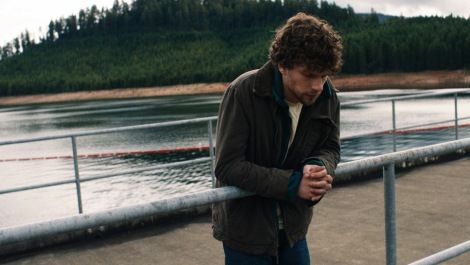 Not to be confused with the classic 1975 Gene Hackman detective yarn of the same name, Night Moves is the latest from US indie filmmaker Kelly Reichardt. Just as her last effort, 2010’s Meek’s Cutoff , was nominally a western so this, superficially, is a thriller, focused on a trio of eco-terrorists who plot to blow up a hydroelectric dam in Oregon.

The first half sees them prepare, with Reichardt and her usual co-writer Jonathan Raymond meticulously showing their characters assemble every element needed: a boat, fake IDs, even 500lbs of ammonium nitrate fertilizer. Arguably it recalls Jules Dassin’s Rififi (1955), the daddy of all heist movies, such is the close attention to detail and throbbing tension.

Needless to say, when Josh and co. achieve their objective, Reichardt doesn’t go all Michael Bay on us. Almost anti-Hollywood in its approach, Night Moves isn’t about spectacle; rather, the second half concentrates on the emotional fallout that these characters must contend with as they come to terms with the bloody consequences of their actions.

Unfortunately, it’s here that the movie starts to stultify. Paranoia, guilt and regret percolate through these characters, but more often than not the experience of watching them is less than edifying. When flashes of violence erupt, they are less than credible – conventional, even.

With a cast of indie mainstays (Matt Malloy, James Le Gros) backing up good work from the main three, Night Moves is still an intriguing effort – not least because Reichardt has delivered one of her more accessible movies to date, without compromising. If only she’d sustained it until the (very) bitter end.