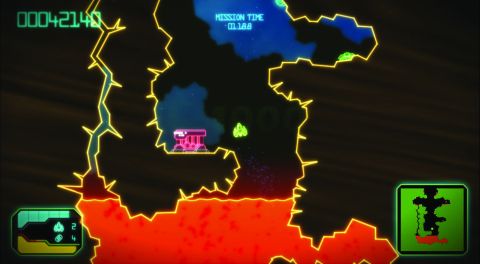 Pity poor Gravity Crash – a solid PSN shooter whose only crime was to be released at the same time as the superior Pixeljunk Shooter. But while Q Games’ gem favors physics puzzles over blasting, this game is pure arcade fun. The idea is to enter a series of neon planetscapes and kill X amount of baddies or collect Z amount of pickups, all the while fighting the constant tug of gravity and dying a lot.

It’s a game that seems to have been forged in a simpler age, when lives lost meant another quarter in the change-guzzling slot of doom. But for every knuckle-gnawing defeat there’s an ozone-punching moment of gratification. Which is brilliant, obviously, but not quite as brilliant as the deliciously retro ambient house soundtrack.