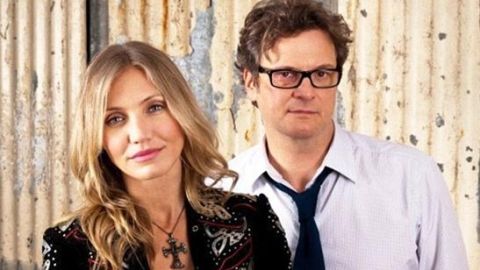 "I am here to amuse, sir!” says put-upon art curator Colin Firth to his “shitbag” employer in Gambit , a remake of the 1966 heist caper that sees the The King’s Speech man step into the shoes, and spectacles, of one Michael Caine.

Sadly, there’s little that’s amusing in this leaden, lethargic affair, based on a 10-year-old script by the Coen brothers that feels like a first draft at best.

True, there are flashes of the siblings’ quirky wit on display: a Texas rodeo featuring dog-riding monkeys, for example, or a reality TV show about the morbidly obese called Half Ton Man .

Check out too the Japanese translator whose servile fawning masks a mocking contempt for oblivious ‘Whitey’. (“This guy is such a dick!” his subtitles read at one point. “Time to throw out some Zen.”)

Too often, alas, Michael Hoffman’s film opts for clumsy slapstick – stranding Firth on a hotel balcony without his trousers, for instance, or having various characters punch him in the face for no good reason.

Or else it’s merely puerile, a scene involving a farting biddy lowering the tone to levels even Viz scribes would think beneath them.

The plot? Something to do with a fake Monet that Firth tries to get Alan Rickman’s plutocrat to bid for with the help of Tom Courtenay’s forger and a trailer-trash rodeo queen (Cameron Diaz).

Standing in his way is Rickman’s pet lion, various indignities and a fellow paintings expert (Stanley Tucci) with an exaggerated German accent.

Snazzy animated titles initially imply Gambit will be a sprightly screwball with elements of Bringing Up Baby and The Pink Panther . Sadly, what follows is more Clueless than Clouseau, with only Rickman striking the right tone as a Murdoch-like tycoon with a yen for nudism.

He certainly nails it when disdainfully dismissing the entire shenanigans as “a bit of a waste of time”.