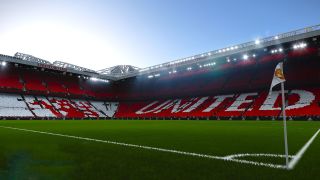 Konami's long-standing football franchise may have added "eFootball" to the start of its name, but to fans of the series, it will always be PES 2020. If anyone's been super keen to jump in ahead of the September 10 release date, the PES 2020 demo is available to download and play right now on PC, PS4, and Xbox One, so you can see what's in store for the next year of the other football game.

The eFootball PES 2020 demo download features 13 teams in total, and while most of them are South American clubs like River Plate, Sao Paolo, and Corinthians, there's five big teams to play as: Manchester United, Juventus, Arsenal, Barcelona, and Bayern Munich. All five teams have signed deals with Konami for eFootball PES 2020 to feature their kits, stadiums, badges, and players in the game, and while four of them aren't exclusive so FIFA 20 will have them too, the Juventus deal is.

This means that the Juventus we know isn't in FIFA 20 at all, and is instead known as Piemonte Calcio. The only way to play with Juventus is through the PES 2020 demo, and later on the full game, which will no doubt be a huge selling point for fans of the Italian giants.

If you're playing the PES 2020 demo on PC or PS4, you've also got access to the Edit mode, which allows you to delve into the data for any club in the game - even those not featured in the demo - and edit their club details like team colour, kits, official partners, and more.

Make sure you check out our PES 2020 preview before getting stuck in!