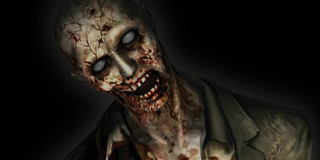 Resident Evil 7 portends big changes for the 20-year-old horror franchise, but there's one element that it just can't get rid of: zombies. Capcom showed off some of the photo-scanning technology it's using to build the game's VR-ready world at the CEDEC conference in Yokohama, Japan in late August, and in the process it teased a few familiarly dismembered faces, via IGN Japan.

According to a translated summary posted by NeoGAF user Dusk Golem, the developers teased that the game would have zombie-like monsters and other humanoid enemies. That doesn't mean good old-fashioned T-virus zombies will necessarily appear, since Resident Evil has had plenty of other zombie-ish monsters like Los Ganados in the past. But expect some kind of mutilated human form to come lurching after you.

That's one big question out of the way, but Resident Evil 7 still has plenty more to answer.