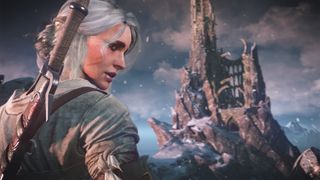 The Witcher 4 is looking more likely than ever after CD Projekt and the author behind the Witcher books signed a new agreement. CD Projekt, the parent company of Witcher series developer CD Projekt Red, announced on its official website that it had come to an agreement with Andrzej Sapkowski "further solidifying their relationship." This wasn't the usual contract extension between a friendly licensor and licensee, either - their relationship really was in need of some solidification.

Sapkowski made it clear that he wasn't a particular fan of the game series in multiple interviews over the years. That came to a head in 2018 when he made a legal demand for extra payment from CD Projekt on top of the reportedly minimal payment he'd arranged for back in 2007. CD Projekt paid Sapkowski an undisclosed sum earlier this year, and that was the last we heard of it. This announcement confirms that the two have not only put previous disagreements behind them but are now ready to move forward with further collaborations.

"The agreement satisfies and fully clarifies the needs and expectations of both parties, past and present, and sets out a framework for the future cooperation between the two sides," the CD Projekt announcement explains. "The agreement grants CD Projekt new rights, as well as confirms the company’s title to 'The Witcher' intellectual property in video games, graphic novels, board games, and merchandise."

The Witcher 3 is meant to definitively conclude the story of Geralt of Rivia, but CD Projekt has said that it would like to return to his world in future projects. That also pertains to further expansions for live games like Gwent and potential re-releases of existing Witcher games, of course. But with this strengthened agreement in place, it sounds like the way to a proper Witcher 4 is clear.

See how The Witcher 3 ranked on our list of the best games of the decade.