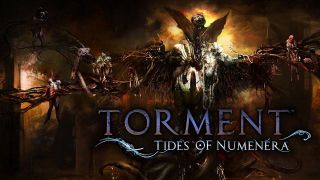 Four years in the making - and nearly two decades after the game it spiritually succeeds came out - Torment: Tides of Numenera is finally out in the world, playable on PS4, Xbox One and PC. Created by a veritable hall of fame of classic RPG creators, Torment explores an absolutely bizarre world that defies what most people think of as the role-playing conventions rooted in Dungeons and Dragons, Lord of the Rings, and other staples. How is a game like this, with such a heavy focus on dense writing and lore, made? Planescape: Torment and Torment: Tides of Numenera writer Colin McComb and writer Gavin Jurgens-Fyhrie joined us to discuss the long, thorny process of a densely written, super weird RPG.