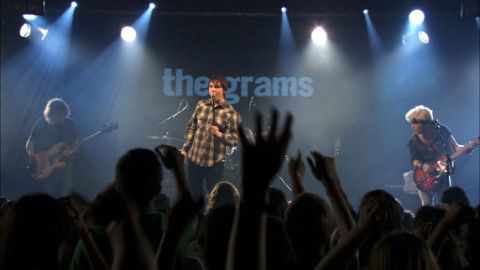 The biggest problem with most films about fictional bands is that they’re not Spinal Tap.

Following teenage rockers The Grams from grungy nightclubs to a holiday in Ibiza, Liam Boyle lip-synchs awkwardly along to James Walsh’s voice and mopes around festivals looking troubled.

The cast make a sound effort, but sadly you’ll find a more searing indictment of the modern music scene in the Jonas Brothers movie.