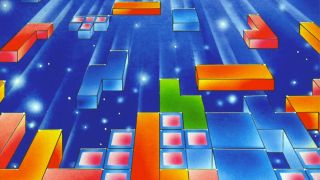 'Perfect' is such a tricky thing to quantify. Games that score 5/5 on our review scale aren't necessarily perfect, though they're all absolutely excellent. Perfection in games almost feels closer to purity, where presentation, theme, and mechanics harmonize to create an experience that's as timeless as it is essential. Try as you might, you can think of nothing that could be added to take the creative work beyond the masterpiece it already is. They're few and far between, but we think we've rounded up some of the most perfect games in existence, lovingly described by the particular GR+ staffers who revere them so. Through a combination of brilliant design and immaculate execution, these games manage to be practically - or actually - flawless. At least to us.

Portal 2. You could make a stronger case for Portal, perhaps, but rarely have I played a game with such exemplary design. Every puzzle is essentially preordained, and can only be completed in one way. However, the way you solve each puzzle, one failed experiment at a time, is a masterpiece of subtle design cues and feedback. As you intuit onto the One True Solution (and by intuit, I mean 'ushered along an invisible linear pathway'), you're made to feel like a maverick, deductive, genius - when what you're really doing is hammering away at a cube of rock, to reveal the Venus de Milo, just like everyone else. I remember a designer friend of mine describing it as the 'perfect game' - and it's just too perfect a fit to ignore.

The original Pac-man is a perfect idea but not necessarily a perfect game. Shuffling through a maze, chomping white pellets and dodging ghosts, learning the optimal paths to maximize a high score is an immediately appealing idea, but the original was usurped by an unofficial-cum-official hack shortly after its release. The further Pac-man got away from its role as an earner of quarters, the less perfect it seemed. Almost thirty years later, creator Toru Iwatani finally found the perfect form of his signature work in Pac-Man Championship Edition. Remodeling the original as a continuous, ever-escalating score rush rather than a stage by stage series of roadblocks meant to bilk players out of more money, it's a pure thrill. Pac-man Championship DX toyed with the model further, but embellishments there didn't improve on the crystalline rush of Championship's combo scoring, its hectic pace and presentation that mixed the surreal simplicity of the original with widescreen scope.

Tetris is one of those rare games that has completely seeped into the global human consciousness, and the reason why is simple: Tetris takes maybe five seconds to grasp, a concept so instinctual that it transcends nationalities, cultures, and linguistic boundaries. The way Tetris starts out slow and continue to build to a maniacal fever pitch the deeper in you get is like playing a video game adaptation of Grieg's 'In the Hall of the Mountain King'. There are few thrills in gaming as pure as finally getting that bastard line piece you've desperately hoped for, moving and rotating it to the proper position, and slamming it down into place - the nail-biting tension of precarious planning and luck released in four-line-clearing instant. Tetris has taken on many forms over the years - from the wealth of Nintendo-themed modes in Tetris DS, to the absurd, soul-crushing difficulty of the hilariously-named Tetris The Grand Master 3 Terror-Instinct - but few come close to matching the simplistic purity and portability of the monochromatic Game Boy version.

This is the pinnacle of procedural generation. For however great games like The Binding of Isaac and Rogue Legacy are, they still can't top the infinite replayability of Spelunky and its devilishly challenging delve into ancient ruins. When you strip away all aspects of presentation, games are really about systems - and the systems in Spelunky are sheer masterworks. Every entity in Spelunky, be it living or inanimate, friend or enemy, has a series of properties and behaviors that make sense and are easily learned. Yet you will be continually surprised by the way these objects interact with one another, making every stage a thrilling balance of knowns and unknowns, as you plan ahead or react on the fly to preserve your precious life. Whether you die in the first area like a chump or speed your way to the finish line, you always have a reason to try again: the very likely possibility that you'll see something spectacular unfold for the first time, even if you've been playing for hundreds of hours.

Shadow of the Colossus (Sam Prell)

I know, I know, what a surprise; one of the few games that is generally agreed upon to be a masterpiece of the medium gets singled out as a perfect game. But there's a reason for that - several, actually. The haunting orchestral score, the massive world design, and sparse but moving story all combine to form what is easily one of the best games ever made. In Shadow of the Colossus, you approach every obstacle from a perspective unique from what other video games have conditioned you to expect. The game tells you almost nothing, and a minimalist user interface keeps your attention focused on the world, not health bars or fancy icons. You have to explore, analyze, and think as if you were truly stranded in a strange land, surrounded by towering monsters. The rise of virtual reality means games with worlds we can literally step into - but waiting for a player to choose when they visit is a passive existence, and Shadow of the Colossus isn't interested in that. Instead, it pulls you in and utterly absorbs you.

Minecraft is anything and everything you want it to be. It's the ultimate creative sandbox. I've played in a shared fight for survival with my co-workers, terraformed a mountain waterfall mansion, created a near-perfect replica of my apartment, tamed an army of loyal (and adorable) wolves, explored underground caverns lit only by lava flows, and marvelled at bizarrely beautiful landscapes. That's an impressive enough accomplishment, but then you also have a community that collaborates and shares their mind-boggling creations. Minecraft isn't just a perfect game, it brings out what's best in us as humans.

WarioWare: Twisted takes all of the barely contained madness of the original Mega Microgames and shakes it up like a bottle of sugary soda. No longer is the bizarre joy limited to your eyes and thumbs, now your entire upper body (and all the strangers perturbed by your gyrations) can share in the wonder. The immediacy and intuitiveness of moving a physical object juxtaposes so perfectly with the weirdness of sawing apples in half and dodging road dinosaurs at rapid speeds. Twisted came out years before Wii began the motion control craze, but its bulky built-in gyro cartridge was perfectly suited for the tasks at hand. Going for high scores and playing with dozens of weird little motion toys in WarioWare: Twisted remains the best, purest use of motion controls I've ever experienced.

You can start a run through Isaac's mother's basement and I can do the same and it'll be like we are playing two entirely different games. Perhaps your first pick up will add toxicity to Isaac's tears, while mine will give me an extra shield to defend against the first hit in a room. The rules will be the same; permadeath will reign supreme, secret rooms will lurk behind walls, shops will offer upgrades and end of level bosses will be a variation on a theme of grim as hell, but the game experience will be perfectly unique. Perfect is a strange way to describe a faeces packed hellmouth but the infinite nature of Isaac's roguelike ways means you're constantly thinking on your feet, rebalancing your items, layering powers, juggling coins and taking risks. Every randomised room is a deadly nightmare but master its controls and rules and you'll feel like a master of the darkness. Add in the gradual unlocking of multiple layers of hellish puzzle and there's no end to what awaits in the pit, if you can just survive long enough to see it.

It cheats - that's how Silent Hill 2 achieves perfection. While it's impossible to create a perfect game, which fuses technical flawlessness with a universally adored theme, you can make something that makes a virtue of the imperfect nature of video games. Here's an in-depth look at how Silent Hill 2 manages it, but for the condensed version… Its protagonist, James, is a deeply flawed character (and that's the point) who acts as both unreliable narrator and antagonist. Any holes in the story or the coherence of the world are attributed to his unreliability. The clumsiness of the combat, for example, reflects the fact that James isn't some battle-hardened soldier - he's an ordinary guy trying to survive in a nightmare world. The vagueness of the monster design? They're figments of James' imagination, imperfectly shaped by his subconscious. The foggy nightmare world? Well, it certainly hides the technical limits of the PS2 hardware it was created on. The game uses so, so many of these tricks to cover its imperfections, and so cheats its way to perfection. Or does it? See, Silent Hill 2 is so impeccably designed to take advantage of the medium in which it exists, and that - as much as the content of the actual game - makes it perfect.

There is elegance in simplicity, and Picross 3D's spartan set-up is a masterclass in getting the most out of a small handful of concepts. There are numbers on a cube. Using logic, spatial awareness, and rudimentary math, you'll chip away at the cube until you create a sculpture of a three-dimensional object. On paper, this sounds boring as hell, but I dare you to only play a puzzle or two without succumbing to its charms, tap-tap-tapping away to create adorable pixelated animals or household items. You know you're hopelessly caught in its clutches when you get unreasonably excited each time you see a column with a '0' on it (meaning you can hold down a button and blast through the entire stack of blocks with reckless abandon). With a variety of puzzles, challenges, and unlockables, as well as the ability to make and send your own puzzles, Picross 3D is easily one of the best portable games ever made - at least until Picross 3D 2 finally makes its way out of Japan.

Dungeon crawlers lend themselves to imperfection. Dead ends, impossibly difficult monsters hiding ridiculously overpowered weapons in distant hallways; these have always been the tools of an exciting dungeon master. Drinkbox Studios' beautiful, nightmarish tour through a Dia de los Muertos meets Salvador Dali purgatory doesn't benefit from traditional role-playing excesses like those, but it also doesn't need them. Every single enemy encounter, every chance meeting with a strange character, every gorgeously painted scene mixing pre-Columbian motifs with swords and sorcery is placed with intent. There are only a set number of rooms and a set number of encounters, each one distinct and serving a purpose in the game's rising action (and its lead's descent into inhumanity.) Even the touch controls feel just right, understanding perfectly how people interact with touch screens.