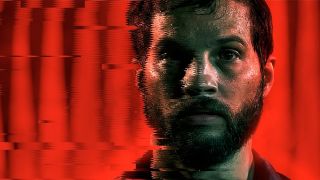 Don’t watch any of the trailers for Upgrade. Just go and see it. I promise you that you’ll thank me later. This spoiler-free recommendation is my gift to you. Upgrade, you see, is definitely going to be the best sci-fi movie of the year. Delivering a lean, brilliantly executed concept (chilled-out everyman gets physical and mental cyber-upgrade as shit resolutely hits the fan) with a fresh, zesty, and infectious creative wit. It’s exactly the kind of film that I want to rave over in minute detail while simultaneously wanting to tell you nothing, lest I deprive you of a single moment of discovery. It’s going to be on best-of-year lists all over the place by December. Guaran-damn-tee it.

But the chances are that all of this is news to you. Which is weird, given that Upgrade is already out. It came out in the US in June, and was released in the UK just before the weekend on August 31. But, if I hadn’t seen it at an air-punchingly energised preview screening during London’s FrightFest horror film festival just over a week ago, I might still not know that Upgrade even exists.

The film seems to have had a bizarre lack of publicity (at least on the crumpet-munching side of the pond), given its quality and heritage. Upgrade comes from screen-dominating horror production company Blumhouse. It’s written and directed with finesse and giddy flair by Leigh Whannell, of Saw and Insidious fame. It’s headed up by a barnstormer of a charismatic performance by Logan Marshall-Green, and thrives on exactly the blend of smart, surprising ideas and accessible, action-driven storytelling that makes mainstream sci-fi classics.

Everything about this film is set for another ‘Low-budget, high-profits’ breakout success, of the type Blumhouse has built its now-thriving business on. But Upgrade has been released on the company’s micro-budget, multiplatform label, BH Tilt, which was designed as a smaller, more experimental home for leftfield indie projects, theatrical releases optional. And that was a mistake. Upgrade is guaranteed to blow up by word of mouth via DVD and streaming, but it’s deserving and capable of more than cult film status. And you really, really want to see it on a big screen. Trust me.

Telling the story of enthusiastic, good-hearted luddite mechanic Grey, a proudly analogue man in a resolutely digital cyberpunk future (who finds himself cyborged up and thrown into a whole lot of dangerous, underworld intrigue following a tragic accident), Upgrade has all the ingredients of a certified banger of a 2018 genre hit. The look and feel of its sci-fi world trades with loving accuracy on nostalgia for the brash, chunky grime of the genre’s ‘80s and ‘90s blockbuster heyday. Its zingy, darkly hilarious script trades on exactly the same kind of warm, character-driven zip as the best Marvel movies, with no lack of steadily unravelling smarts and pathos amid the upbeat momentum. And its action scenes. Oh dear God, its action scenes.

It’s no exaggeration to state that cinematic sci-fi action hasn’t felt this fresh or new since The Matrix. Upgrade’s deliciously conceived, cobweb-blasting blow-ups might be smaller and less numerous than Neo’s increasingly overblown CG punch-tornadoes, but sweet fuck if their concepts, choreography, and sheer, precision-engineered, damn-near musical pacing won’t change your standards for action-movie creativity the instant the first one leaves you grinning a slack-jawed sense of ‘What the goddamn hell did I just watch?’

Put it this way: There’s a scene early on in Upgrade, the context and content of which I will not detail, which had the FrightFest audience whooping and applauding the instant it ended. An entire, very large auditorium, spontaneously and audibly losing its shit, during a movie. In the UK. We do not do that over here. We remain silent whatever emotions we experience in a cinema, and then we leave in an orderly fashion, and quietly downplay our feelings over subdued, post-film chatter later on. And then we never speak of them again. But during that scene in Upgrade (and several more later on, and throughout the end credits), we lost our minds. We gladly threw them away. We mailed them to foreign countries, and didn’t even bother to get a postage receipt. That is how good, and fresh, and exciting, and just entirely goddamn loveable and invigorating Upgrade is.

It’s amazing how many tightropes Upgrade masterfully walks as it tells Grey’s tightly wound story of disaster, recovery, empowerment, and all the complicated things that come when all of those things come too fast. It’s a film of genuine and affecting human beats, but its energy level never drops below shout-at-the-screen fun. It steers full-tilt into revelling in every brutal, kinetic joy of cyberpunk superheroism, but executes its vision with serious thought and conceptual consideration.

It springboards off the colourful, deceptively smart sci-fi of Total Recall, Demolition Man, and Robocop, but has thoroughly modern refinement and sensibilities. It rattles along with a furious passion to show you all of its cool toys, treats, and ideas, but simultaneously unwinds a tightly paced mystery thriller full of perfectly dropped revelations, swerves, and some damnably clever manipulations of audience perception. It’s the kind of film that will exhilarate you in the moment, then leave you increasingly slow-burn impressed later on, as you steadily ponder over just how many things it was doing, and how well.

Really, it’s the film I’ve always wanted from Leigh Whannell, a writer and director whose talent and edge has long stood out, even within the relatively restrictive formula of the Blumhouse haunted house empire he helped to grow alongside long-time creative partner James Wan. Ever since Whannell’s directorial debut, Insidious: Chapter 3, infused that series’ slick but safe scares with notable dash more richness and focus, I’ve been waiting for him to break out and do something entirely distinct and his own.

Upgrade is that film. And it is fantastic. It’s as familiar, warm, and welcoming a movie as any long-standing fan of cinematic action sci-fi could hope for, but it’s also as modern, current, and refined in its execution and ideas as anyone could want. It is a banger, and you should go to see it as soon as possible. Whether you’re looking for Black Mirror, Blade Runner, or the beautiful, brutal bluntness of The Running Man, Upgrade will make you very happy indeed. Don’t read another word on it after this, and certainly don’t watch a trailer. Just go to see it. It will be good.

Want to make sure you don't miss any more of this year's best? Check out our list of the best upcoming movies of 2018.