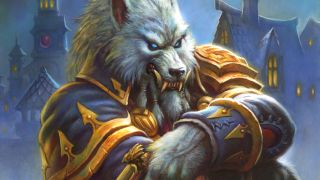 Hearthstone's Year of the Raven is officially in full swing, ushered in by The Witchwood, the newest expansion full of spooky monsters and new effects. We're only a week into this brave new meta, but even with three older sets rotating out of Standard and an influx of new cards, the meta is feeling awfully familiar at the moment. Warlocks are still a dominant force in both aggro and (especially) control variations, while Paladins continue to bowl over slow decks that struggle to deal with an endless army of Silver Hand Recruits. If you already love playing those decks, that's great - but if you're looking for something a bit more innovative that's still competitive at a high level, these decks are the cure for what ails ya.

After playing a ridiculous amount of Hearthstone, scouring community sites, and poring over hours of livestreams from top players, I've hand-picked seven decks that could very well become your new favorite. Some decks that were strong before haven't lost any power - Cubelock, Murloc Paladin, Quest Rogue, Control Mage, or Spell Hunter, to name a few - so I've opted to focus on decks that were made possible by exciting new cards in The Witchwood. If you're a F2P player, let me apologize in advance, because these decks aren't cheap when it comes to dust cost due to Legendary cards aplenty. That said, if you happened to open one of the requisite Legendaries and/or really want to try something new with one of your favorite classes, you'll definitely want to take these for a spin. And if you're on the hunt for even more decks, I highly recommend checking out sites like Hearthstone Top Decks or the invaluable Twitter account HS Pro Deck Feed.

Let me state for the record: I absolutely loathed playing against Warlock decks before the release of The Witchwood, with their nigh-infinite 3/9 Voidlords and ridiculous amounts of healing. But now, thanks to this beauty of a Druid deck, I no longer dread facing Gul'dan and his cronies. This deck is made possible by a combo with ridiculous long-term value: Hadronox, a 3/7 spider that resummons all your taunt minions when it dies (and formerly thought to be a junk Legendary card), and Witching Hour, which resummons a 'random' beast (with Hadronox being the only beast in the deck).

Once you get going, you essentially create an impenetrable, regenerating wall of beefy taunt minions that your opponent has very few ways to deal with - and if they do manage to clear it, you can just bring everything back with a Hadronox (even feeding it to Carnivorous Cube for even more shenanigans). Best of all, Taunt Druid trounces Warlock decks, as they can't match the end-game value of your board and will eventually crumble as your taunt minions repeatedly punch them in the face. There are counters, of course: Mages and Warriors can give you unwanted beasts with Polymorph or Cornered Sentry, and Paladins can still punch through (for one turn, at least) with the classic Equality/Consecration combo. Personally, I'm a big fan of KGo's list, which cuts Ultimate Infestation for a fun Master Oakheart package.

If you're partial to complex OTK combos that can instantly win you the game, this clever deck has the means to deal 40 damage in the blink of an eye when it goes off. While the win condition plays off the familiar combo of the burn spell Mind Blast with the damage-doubling effect of Prophet Velen, it makes ingenious use of the new Witchwood card Vivid Nightmare, which can summon another Velen for quadruple the damage to your opponent's face.

Like most combo decks, this one requires patience to assemble all your pieces for the OTK - but it can also win through more traditional means thanks to the constant pings of Shadowreaper Anduin. I highly recommend this thorough guide by LexorSC2 that lays out the many complicated, skill-testing ways this deck can secure victory, even without all the necessary combo pieces in play. If you love having plenty of options and the constant challenge of finding the correct play that'll ultimately win you the game, Vivid Velen will expand your Mind (Blast).

The Witchwood brought us a new meme Legendary: Shudderwock, the card that rightly terrified Hearthstone game director Ben Brode before release due to its potential to create some truly ridiculous combos. Those fears came to pass, leading to the Shudderwock deck that grinds irritated opponents down with infinite Shudderwocks and all the Battlecry effects that come with them. But this here's a Shaman deck that doesn't utilize Shudderwock for degenerate turns rife with seemingly endless Battlecry animations. Instead, it plays off of Prince Keleseth, Elemental minion synergies, and new hero card Hagatha the Witch for uniquely powerful board presence.

There are all sorts of cool combos this deck can pull off, like surprise lethal when casting Bloodlust on a board full of totems and cheap minions, or a mid-game sequence of Unstable Evolution to pump up your Saronite Chain Gang duo. But the grand finale is a Turn 8 Kalimos, Primal Lord followed by a Turn 9 Shudderwock for two hugely impactful spells in a row. If that doesn't finish the game then and there, the bevy of spells that Hagatha creates should easily close out things out with a win.

Before The Witchwood, Rogue decks seems focused on long games with complex combos that could easily fall apart if you messed up, like Kingsbane Mill or Quest Rogue. But thanks to the upgraded hero power provided by Baku the Mooneater, Rogues can now comfortably play the beatdown game and punch through for an early victory. It might not seem like much, but being able to outfit yourself with a 2/2 dagger at any time rather than that measly 1/2 butter knife makes a huge difference when it comes to controlling the board and slicing up your opponent's life total.

Another all-star in the deck is the new Witchwood minion Hench-Clan Thug, a highly efficient 3/3 for 3 that gets bigger every time you attack (all but guaranteeing that it's a 4/4 the turn you cast it). If your opponent can't quickly deal with the ever-stronger Thugs, they'll often just lose the game to pure aggression, and you can simply nuke anything that gets in the way with your Vilespine Slayers. Even the odd 1-cost Sinister Strike makes the cut here, giving you plenty of ways to activate Combo cards and push through for lethal damage.

Yes, I know - it's a Paladin deck built around filling the board with minions and swarming the opponent until they die. And yes, it still includes ubiquitous, superpowered cards like Call to Arms and Sunkeeper Tarim that you've probably seen a thousand times before. But this deck highlights some cool Witchwood additions, most notably Genn Greymane who rewards decks of purely even-cost cards with a hero power that only costs 1 mana. That means you'll be churning out dudes in between all your spells and swingy minions, so you can easily refill even after your opponent goes for board clears.

Another fantastic new card that gives this deck an edge is Silver Sword, which pumps up your entire board every time you attack with it, turning your army of small minions into an ever-growing tidal wave of damage. I'm a huge fan of Frodan's list, which swaps in Vicious Scalehide from some excellent lifesteal board clears off Call to Arms, and Sea Giant, whose 8/8 body can simply overwhelm opponents who only thought to play around your endless supply of 1/1s.

Continuing the trend of Mage decks consisting entirely of class-exclusive cards, this brew built around the new minion Vex Crow brings a lot of neglected spells back into the limelight. Typically, cards like Mirror Image and Arcane Missiles become practically useless as the game goes on - but when paired with the dynamic duo of Mana Wyrm and Vex Crow, these cheap spells suddenly shoot up in value. As long as your Vex Crow doesn't get cheeky and summon a Doomsayer when you've got control of the board, you can often snowball to victory with your array of random 2-cost minions.

Even if you don't get ahead in the early game, you can still mount a comeback with the absurd card draw of Aluneth and the Fireball generation of Archmage Antonidas (though not quite as face-melting as those Exodia Mage combos). If nothing else, forcing your enemy to listen to Vex Crow squawk and squeal as it continuously summons more minions makes this deck a winner, and there's nothing quite like sealing the game with a giant, 10-damage Pyroblast straight to your opponent's face.

'Control Warrior' no longer has to be synonymous with 'Fatigue Warrior' and its arduously long games, thanks to this multifaceted deck. It's a wonderful mix of favorites old and new: longtime players will be happy to spot a copy of Big Game Hunter in the mix, and classic powerhouses like Gorehowl and Baron Geddon are also on parade. Meanwhile, minions with the new Rush mechanic can make for highly favorable trades with your opponent's board, with an early Town Crier letting you draw the spiffy Worgen commander Darius Crowley to devour small minions.

The most satisfying thing, of course, is obliterating those giant boards that Paladin and Hunter players are so fond of creating. Brawl, Reckless Flurry, and the wildly delightful combo of Whirlwind with big dino King Mosh will wipe out any board, clearing the way for your minions. All the while, you'll be tanking up turn after turn with Baku the Mooneater's blessing, easily racking up armor counts that eclipse your maximum health total.

If you or someone you know is just starting out in Hearthstone, be sure to check out our guide to the best Hearthstone decks for beginners!