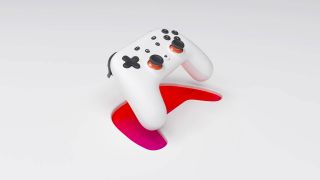 Google has acquired game developer Typhoon Studios to develop for the Stadia platform. The studio was founded in 2017 by veterans of Ubisoft, EA, and WB Games Montreal. We don't expect Typhoon's acquisition by Google to affect the release of its first game, Journey to the Savage Planet, on January 28.

We're thrilled to announce that the talented team at Typhoon Studios will be joining Stadia Games and Entertainment. Hear more directly from @ibjade → https://t.co/Hei9lreyV5December 19, 2019

"They've really assembled a AAA team, and the goal of acquiring the team is that it will really give us a head start in making the system-defining games everyone is waiting for," Raymond said. "This is a top AAA team of industry veterans who already have a great working relationship and were able to ship something quickly, and they have a lot of great ideas for the platform."

Google Stadia has been experiencing some teething pains since its release last month. The platform launched with only a clutch of multi-platform titles and a single exclusive, Gylt, which GamesRadar+ called "a modern gateway horror." A number of limitations left early-adopters wanting for everything Google promised, and our Google Stadia review-in-progress emphasized the tremendous internet connection required simply to connect to Stadia, never mind run a game like Red Dead Redemption 2 smoothly.

The impressive breadth of experience across Typhoon's team is a hopeful sign of what's to come for Google Stadia, and it's easy to see how the platform could soon overcome its troubles and recover from its stumbles at launch.

Despite a fairly limited selection of games, the Stadia is home to some of the best games of the decade.