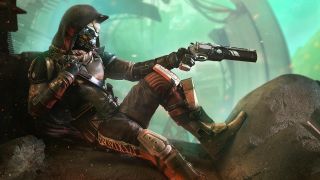 On the surface, Bungie’s 1.1.2 update to Destiny 2 doesn’t look like a paradigm shift. And that’s because, in itself, it’s not. The first significant part of the studio’s long (long) schedule of big fixes for 2018, these most recent changes don’t address any of the really fundamental stuff the Destiny community has been clamouring for. Crucible PvP remains a decidedly grounded, heroism-averse experience. Character skill trees are still more akin to saplings. Guardians continue to feel weaker and less capable than they used to. The game’s narrative tone maintains the air of a Saturday Morning Watchmen overhaul, and we still can’t delete more than one shader at a time. But it’s a good update. The best we’ve seen so far, in fact. Or at least the most promising.

Primarily addressing Raid reward gear, while also introducing an armour component to the new Masterworks loot category that first landed in December, the update isn’t exactly a small one within the great scheme of Bungie’s plans for Destiny 2’s nine-month, piecemeal overhaul. And, accepting the timescale necessitated by the breadth and depth of Bungie’s incoming changes, it would have been unrealistic for even the most optimistic Guardian to expect more at this stage. Update 1.1.2 feels very much like a piece of ‘This is what we can do for now’ goodwill, a downpayment to the community on promises to be delivered. And this is the first reason it’s a good update.

The Destiny community has stayed committed because it has always believed in the game - and the original Destiny’s exponential improvement over the course of its run easily qualified that faith - but along that journey the greatest constant has perhaps been an expectation (particularly in terms of communication) of inconsistency on Bungie's part. And with Destiny 2 being the PR house-fire that it is right now, that will no longer cut it. Not now that that core community seems to be wavering in its belief. Conducting business as usual in the current climate - while the studio’s obliqueness is viewed by many with active suspicion, rather than the old understanding of ‘Hey, that’s just Bungie’ - would be akin to pouring petrol down the chimney. This update, beyond the particulars of its content, was Bungie’s first big chance to prove that it is changing. And, by and large, it has.

The update’s patch-notes are clear, exhaustive, and open, filled with explanations and actual numbers, rather than vagaries and euphemisms. What’s more, this patch came with none of the unpleasant side-effects that have come to plague Destiny 2’s updates and special events lately. There was a brief issue when a promised generosity upgrade to XP rewards seemed to go in precisely the wrong direction, but this was caught, flagged, and reversed almost immediately, with thorough and open communication throughout.

Dmg04, Bungie’s Player Support hero, has been on serious form during the roll-out of 1.1.2 – and for a good while before, in fact – expressing a transparency, humility, and an eagerness to connect that we haven’t seen from the studio in quite some time. Maybe it took major fallout for Bungie to humanise like this, and maybe that’s not cool, but during major fallout, Bungie is humanising, and that’s a good thing. Provided, of course, that this remains the status quo and not a case of special circumstances. I’m hopeful that it will.

But the subject of a new status quo brings me on to the main, tangible, in-game reason that 1.1.2 is exciting. Because while the update’s move to guarantee Raid gear drops in reward for completion of every major encounter in Destiny 2’s Raid events is a welcome and much needed quality-of-life improvement, the new Mod-based perks Bungie has attached to Raid armour – which are now applied to all future drops, as well as retroactively plugged into all previously collected gear – offer a whole new level of promise. To put it bluntly, their new, empowering, player-driven gameplay functionality might well be the most authentically Destiny element the sequel has introduced to its long-term endgame.

These perks offer something very different to the comparatively sober, reserved selection of powers and abilities so far proffered by the majority of the game’s loot. These perks, which deliver serious power, triggered by autonomous, in-game action, are exactly the systemic shot in the arm that Destiny 2 needed. Charged, special melee attacks can trigger generous, 20% buffs to damage and defence. Enemies can be forced to drop Power ammo on defeat. Energy weapon kills can boost damage output (which, when you consider the damage buff after reload already available on an Energy Auto Rifle like Positive Outlook, finally gives the potential for some proper, synergistic gear builds).

The perk selection might currently be small, and its use limited to activities within the game’s Raid environments, but as a tease of empowered, open-ended, original Destiny-style RPG possibility, it’s impossible to not find enticing as a potential hint of how Destiny 2 might evolve between now and the fall.

And again, I’m hopeful that this stuff won’t remain quarantined in the Raids. Because the other interesting thing to note is how differently these perks are designed in comparison to those on much of the original game’s Raid gear. Back then, Raid perks were frequently very situational, often comprising passive buffs tailored toward fighting specific enemies. Destiny 2’s Raid perks, by contrast, are more generalised, working in any combat situation. Just like ‘normal’ gear perks would. I can’t help wondering whether their current ‘safe’ placement within the confines of the Leviathan environment might be Bungie’s way of bench-testing a new, more exciting approach to player empowerment before potentially wide-releasing this kind of thing out into the wild, in the previously announced sandbox update, or the incoming ‘Mods 2.0’ redesign.

I hope so. I really, really do. Because ultimately, whatever new gear tiers come in, whatever new cosmetic ornaments are offered during special events (incidentally, the new Iron Banner ornaments are a vast improvement over the modest tweaks and repaints we’ve seen of late), whatever new difficulty levels and scoring systems are added to the Strike playlists, all of it needs to be in support of richer enhancements to Destiny 2’s core gameplay, and increased possibilities within the player journey.

Without that, things like Masterworks and new story content will only ever be a short-term distraction. Because whatever uninformed mud-slinging might have filled the air around the original game at times, Destiny’s quality at any given moment was never about the amount of content available, but rather the number of ways there were to interact with it. Powerful, creative gear perks that facilitated powerful, creative, player-bespoke character builds were the whole of that. ‘Theorycrafting’ our characters’ abilities and load-outs wasn’t just a garnish on top of Destiny’s top-class gunplay. It was Destiny to the long-term player, an entirely personal ecosystem of aspiration and ongoing, evolving empowerment that kept us smashing through those Strikes, Raids, and PvP events night after night for years.

I had this notion reconfirmed last night while playing a bunch of Iron Banner matches. My guns were good. My active abilities were the strongest ones for the job. Because of course they were. Everyone’s are at the moment, because Destiny 2’s reduced nuance prescribes how we play far more than its predecessor ever did. And I did well in those matches, because I’m pretty good in the Crucible.

But ‘If only…’, I thought throughout. ‘If only I could bring my Raid gloves through to PvP, and use those damage buffing melees in conjunction with my Warlock’s health-boosting Void punch’. Then I could really create some exciting, space-magic Rambo, break-out plays. Then I could use my own distinct gear to create my own distinctive play-style, and test it out against everyone else, doing the same thing with their own. Just like we used to.

Yeah, I was theorycrafting again. I couldn’t help it, because with those first Raid perks sitting in my inventory, it feels like we’re so damn close to a much more vital, dynamic Destiny 2. I really hope we are. The first set of ingredients are now in play. We just need Bungie to have enough faith in its players, and enough faith in the intelligently engineered, RPG-shooter carnage we all used to love, to set them free over the coming months.