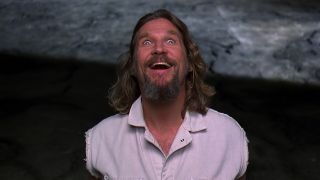 Having a hearty laugh is good for the soul. There's all sorts of scientific evidence out there proving that laughter lowers stress levels, turning us into happier humans in general. As luck would have it - oh come on, you knew where this was going - the history of cinema is filled with comedy. You might say it's a genre that's not only entertaining but makes us healthier too! Win win.

From early Chaplin slapsticks through to modern R-rated gross-outs, there's a lot of choice when it comes to selecting a chucklefest. Whatever your preference, comedies are just the best remedy for brightening your day. It's a genre that covers a broad spectrum, making it tough to narrow down the whole lot to a mere 25 titles. But we've done it anyway. Here's our top picks of the best comedies ever made.

The movie: Bridesmaids arrived at a time when the likes of The Hangover and Knocked Up had mostly sidelined women in comedy to the roles of nagging wives or sultry temptresses. Years of watching men engage in all sorts of ker-azy hijinks, Paul Feig's female ensemble craps all over the misguided assumption that women can't headline gross-out comedies. Literally. This bunch are just as capable of soiling themselves in public as their male counterparts.

But Bridesmaids is more than an opportunity to watch a group of food-poisoned friends destroy a bridal shop bathroom - although that scene is a highlight. Whether written for men or women, it's the ratio of laughs per scene which makes this worth seeking out. Thanks to a super sharp script from Annie Mumolo and Kristen Wiig, the main cast are given well-drawn characters, delivering a near-constant stream of comedy gold.

Funniest moment: Annie, off her face on a cocktail of prescription drugs and booze, livens up the plane ride to Vegas. She sings, she dances, she insists there's an old colonial woman on the wing...

The movie: "You fucked a dead guy?" is but one of the many one-liners Kevin Smith lets rip in his filmmaking debut, Clerks, the ode to convenience store employment. If you've ever held down a service industry job, there'll be something here you can relate to; irate customers, a pissy boss, a desire to close up early to play hockey...

The movie is told through the eyes of Dante, a twenty-something with no ambition, called into work on his day off. Despite his cries of "I'm not even supposed to be here today!" he really loves the place, loves getting paid to shoot the shit with his best pal Randal who works at the video store next door. Some of the film's stand-out scenes come from their amusing fanboy discussions (the Death Star debate, for one). This is a day-in-the-life flick that makes the mundane much funnier than expected.

Funniest moment:  Right after they get kicked out of a funeral - where Randal "accidentally" knocks over a casket. Dante proper loses his shit.

The movie: Two musicians on the lam decide to take refuge in an all-female travelling band in Billy Wilder's classic American comedy. Set during the 1920s, when Prohibition was still in play and gender roles were fixed, it manages to playfully introduce cross-dressing and homosexuality in a way that's surprisingly modern.

The duo who pull off the masquerade are played by Tony Curtis and Jack Lemmon. Both are at the top of their game, riffing off each other with effortless banter all the while dressed up in drag as Daphne and Josephine. Joining Sweet Sue and her Society Syncopators is, to them anyway, their only option for survival. It's that, or get iced by a bunch of mafia goons. Try as they might, their facades inevitably slip when the pair both fall for the group's breathy singer, Sugar Cane played by Marilyn Monroe.

Funniest moment: The bit when the two board the train for the first time; flabbergasted and utterly enchanted by the women surrounding them.

The movie: Judd Apatow's first crack at a new demographic - thirty and forty-somethings - pokes fun at middle age through Carell's virginal SmartTech employee Andy. He's a loveable guy, whose nerdiness and social clumsiness has kept his cherry unpopped; a factoid that slips out when he compares the feeling of a breast to sand. It's this cluelessness which prompts his fellow employees to school him in the art of seduction. He's terrible at it, but somehow it works.

But this isn't just Carell's show; the ensemble cast deliver some superb supporting turns. Paul Rudd, Seth Rogen and Romany Malco are great as his best mates and Jane Lynch as his predatory boss is just nuts.

Funniest moment: The highlight has to be Leslie Mann's cameo as a hammered clubgoer. Her idea of flirting is to yell "Let's get some fuckin' French toast!" out the window while driving drunk. Isn't that what everyone wants at 3am?

The movie: Animal House changed the face of comedy. It did low-brow and gross-out collegiate humor decades ago, paving the way for the likes of Old School and Neighbors. How it manages to be both explicitly stupid and incredibly smart is part of its success, thanks to a team of comedy geniuses tapping out the script. Harold Ramis, Chris Miller, Douglas Kenney and Ivan Reitman spent months brainstorming their own college experiences before writing a single word.

Whether any of them actually did most of the stuff that the Deltas get up to, is another matter. Led by John Belushi this bunch of ragtag miscreants paint a picture of university life that consists of booze, drugs and sex. All the while causing as much mayhem as possible. It went on to inspire a whole generation of students to get loaded on campus.

Funniest moment: John Belushi's character Bluto, decked out in his full toga outfit, crosses a hipster on the stairs serenading a couple of girls. He yanks the guitar from his hand, smashes it to pieces and says in his softest voice, "Sorry."

The movie: There's Something About Mary brought about a new era of R-rated comedies. Audiences were reintroduced to a brand of vulgar, debauched humor that hadn't been popular since the '80s. It marked the beginning of the 'Frat Pack' and turned Ben Stiller into a movie star.

What's the secret to its success? Sibling duo Bobby and Peter Farrelly have a knack for writing oddball characters whose bad luck naturally leads to some of modern comedy's most iconic sequences. And it all seems weirdly believable in its own way. Watching a guy catch his genitals in his zipper in a very, very lengthy scene doesn't feel forced in, ahem, as if to further some insane ratio of gags-per-minute. Stiller's superb as Ted, the schlub in question whose lifelong love for his high school crush Mary (Cameron Diaz) turns into a contest with Matt Dillon and Lee Evans for who can win her affections.

Funniest moment: The opening where Ted's schlong gets trapped in his zip is hysterical. Failing that? ANYTIME Lin Shaye is onscreen as Mary's leathery roommate Magda, constantly fussing with her dog, Puffy.

The movie: The team behind South Park set aside the 2D escapades of Cartman and co. for a chance to make marionettes pull even more juvenile crap. Team America is a farcical piece of faux-propaganda, a mockery of the left and the right. Feel sensitive about the political climate? Might be best give this one a miss. The only way to go into this cavalcade of silliness is to be prepared to laugh your balls off at every minority. No-one is left out.

The 'plot' which is, let's face it, an opportunity to rip the piss out of A-list celebrities, follows a special ops group sent overseas. If it weren't for Team America, we'd never have classic tunes like "Freedom Isn't Free" and "America, Fuck Yeah!" or had a puppet sex scene to rival the equally-repugnant one in Bride of Chucky. Forget niceties or even common sense with this one.

Funniest moment: When Gary barfs.. for about a full minute.

The movie: It's fortunate that horror and comedy mesh together so well, otherwise Ghostbusters would be a terrifying movie about demonic dog possession and giant brand mascots going on a Godzilla-esque killing rampage. Both those things still happen. Their scare factor isn't quite so nightmare-inducing because they're set in a film that places emphasis on the laughs.

The dream team of Ivan Reitman, Harold Ramis and Dan Aykroyd scripted a perfect blend of chills and chuckles for what's arguably the best horror comedy ever made. The spectres and ghouls taking over New York City meet their match with the Ghostbusters, a trio of smart-mouthed scientists - and one guy who's just there for the money. Its special effects still stand up today - hey, that librarian is SCARY - and the terrific chemistry between the leads make it feel like you're watching a bunch of real friends try to avert the apocalypse.

The movie: Anchorman earned its status as a modern comedy classic years after its initial release, taking time to get its cult stripes. An army of loyal fans lapped it up on home video, savoring each daft one-liner and noticing jokes they'd missed the first time around. It's one of those movies that gets better on repeat viewings for that very reason; you look forward to the parts you know and those you'd totally forgotten about.

For saying it's his first movie, director Adam McKay brings out the best in a top notch ensemble, who each add a touch of the bizarre to the film due to their improvisational humor. Will Ferrell leads the pack in a career-best role as the mustachioed Ron Burgundy, a '70s news anchor whose sexism knows no bounds. He's utterly clueless to the changing world.

Funniest moment: It's a tie. Either Ferrell sparring with co-anchor Christina Applegate or any scene involving nice-but-dim colleague Brick Tamland.

The movie: Drunken louts with existential dilemmas. Doesn't sound funny does it? The genius of Withnail and I is in its rather bleak and foggy outlook on life. It's told through the eyes of unemployed actor Marwood (Paul McGann), who together with Richard E. Grant's inebriated intellectual Withnail tries to survive each day by getting wasted and waxing poetic.

The movie takes place in the late sixties where the two housemates find themselves desperate for work. Withnail drags his pal into a string of self-induced crises, most of which involve drinking top shelf tipples like battery acid, and they wind up on holiday at his uncle Morty's countryside retreat. It's here that things veer into the weird, surreal end of the comedy spectrum thanks to Richard Griffiths' performance as Withnail's older relative.

Funniest moment: Withnail is excited to do the washing up, whereas Marwood insists there's a rat living in the sink. "Then the fucker will rue the day!" cries Withnail.