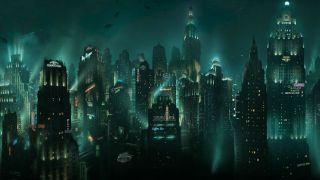 I think it started with Grand Theft Auto 3. I moved to London to study in the autumn of 2002, and was generously gifted a new PC. At that point in my life, games had fallen by the wayside for a few years, but with the newfound freedom moving away from home brought, so too came carefree use of that freedom. With no one around to suggest I do something more productive, I cruised the streets of Liberty City, to a radio station of ripped CDs, for hours on end, hooked on the sprawling open world, stunned at how far environments had progressed since I’d last put down an N64 controller. Slowly, I began playing later and later into the night, and then through into the dawn. I worked a job in the evenings and on weekends, but my lectures often didn’t require waking early, and so the hours I kept began to change. And I loved it, every minute of it.

Over a decade later, I prefer to play games at night, long after a sensible bedtime. I’m a binge gamer, and once I get started I don’t want to stop. It’s not that I’m playing 24/7 - whole weeks can go by when my consoles remain untouched - but I’ve always found it difficult to integrate gaming sessions around other activities and responsibilities, favouring a big blowout over snatching an hour of play here and there. Particularly with RPG and solo adventure games, which I tend to favour, kicking things off with a binge will really allow me to get my teeth into a story, to learn mechanics and help me estimate how long I need set aside to make tangible progress in future sessions. A decent chunk of play, say a few hours straight, allows me to become properly absorbed, to lose awareness of the sensation of a controller in my hand, to direct all of my focus at the underlying game instead of the hardware conveying it.

While discussion often throws up resolution and frame rate as keys to a good action game experience, I feel the effect of the player’s surroundings and circumstances has an understated bearing. Many of my most memorable experiences have been explicitly influenced by the immediate environment: creeping through the electric lit perma-night of BioShock’s Rapture at 4am when I was just weeks into a new nightshift job, still adjusting to a weird work pattern, disorientated by scarcely seeing the sun. Later, living in a crap, mouldy flat with a particularly breakdown-prone boiler when I began Fallout 3 as winter set in, shivering under blankets, feeling like the callous, irradiated world was leaking from the screen.

More recently, I picked up a copy of The Evil Within only days after moving house. I still hadn’t unpacked or accustomed myself to a new habitat, and this proved to be the perfect accompaniment for such an unnerving game - awaking in an unfamiliar psychiatric hospital on screen as I settled into in a stark, unfamiliar flat, with its post-midnight creaks and groans. My fondest memory, though, comes from my first time playing Half-Life 2, enduring the ordeal of Ravenholm into the early hours, finally climbing that mine shaft into virtual daylight as dawn broke outside my open window, birds singing, the synchronicity magnifying relief.

Playing late at night means you’ll be more inclined to wear headphones to avoid disturbing others, meaning you’re more enclosed, ‘closer’ to the game. It means you can probably dismiss screen glare worries. It means there are far less distractions, less likelihood a buzzing phone is going to clamour for attention. If you share a television or have young kids, it might be your only option.

There’s also something ever so slightly subversive about overnight binge gaming; it feels a little risky, like you’re stealing excitement during the slots society - and heck, your own internal clock - deems you should be asleep, a minor infraction against the established order of things, in the comfort of your own home. My Bloody Valentine guitarist Kevin Shields, an exponent of sleep deprivation as a means to achieve altered states, has suggested that fighting to stay awake “brings the subconscious into the present world,” and I feel he’s onto something. Pushing through tiredness to keep playing puts me on edge, giving tense games a heightened intensity. I feel more involved, more in the game. In the dead of night, with nothing to distract from the glowing screen, a barrier which separates player and game is shed.

I stress, playing like this is a personal choice: I’m not advocating this as a lifestyle. When I settle down on the sofa to binge, my preferred living room ambience reads like a checklist of all the things the health and safety box-out in every manual tells you not to do. I play with the lights off. I sit way too close to the screen. I don’t take a ten-minute break every hour*. This is my occasional concession to hedonism. I don’t take drugs, I quit drinking last year, and I try my best to eat well and keep fit. I’m well aware sleep deprivation potentially carries multiple health risks, however - metabolic issues, hormonal fluctuations, a compromised immune system, cognitive impairment, stress and bouts of poor mental health have all been linked.

With this in mind, if I’m going to sit up until dawn playing games, I eat a decent supper, stay hydrated, and stay off the caffeine. Junk food and energy drinks are deeply, commercially interwoven into games culture - Dew and Doritos, replete with codes for exclusive in-game content, are now so embedded as to be tired memes, shorthand for the crasser aspects of the industry. Pizza Hut and Domino’s offer console-app ordering in certain territories, allowing for minimally interrupted gaming sessions, while snack brands explicitly targeting gamers have emerged, keen to highlight the energy content crammed into their products, accompanying blurbs focused as much on battling sleep as battling rivals. Even the term ‘Game Fuel’ conjures up not food, but sheer sustenance - the dayglo drinks evoking both RPG power-up potions and the literally death-defying drug administered by Herbert West in Re-Animator.

While no brand is realistically going to come out and say, “Hey, why not stay glued to the screen for hours on end while staying jittery on our products,” or “For true gamers, taking a break to eat properly is never an option,” many of these products throw up contradictory messages, promising energy and vitality while enabling sedentary convenience. While not expressly condoning binge gaming, some brands have normalised and capitalised upon overindulgence.

Regularly consumed, a small-hours cocktail of caffeinated drinks - and even caffeinated cashews - accompanied by a rollercoaster of sugar hits and crashes sounds like bad news for both physical and mental wellbeing. Though an extreme case, last year a 14-year-old was hospitalised with kidney failure attributed to overdosing on energy drinks to fuel his gaming binges. While I’ve never pushed myself to such dangerous places, I do worry what people - especially those who don’t play games - might make of my habits, although more extreme consumption of media seems to be fast becoming the norm.

Any guilt borne of playing games for hours on end has lessened as binge-streaming TV explodes in popularity, with friends and colleagues happily boasting of watching entire seasons over the course of a weekend. The role of entertainment scheduling is diminishing as viewers lap up back-to-back episodes made available simultaneously, with providers such as Netflix happily catering for demand. Thanks in part to social media, there’s more pressure than ever to ravenously consume fresh media, lest one feel left behind in discussion or, woe betide, stumble upon a spoiler.

Midnight launches, blatant advocates of binge culture, coupled with sharing and streaming tools on new consoles mean that by the time you awake on release day, there’s a possibility everything that can be known about a game may already be available in the form of user-generated video. Any sense of mystery is eroded as new single-player games become a breakneck treasure hunt, a race to see something no other player has yet seen, the resultant contest incentivising long play sessions.

As handhelds stream the horsepower of home consoles via WiFi and the likes of PlayStation TV suggest that gamers “Never stop playing”, binging looks set to become more prevalent. Netflix has said as such, with a 2013 study commissioned by the company finding 73% of TV streamers view the phenomenon positively. As ease of media accessibility anytime, anywhere catches up with changing habits, greater responsibility is effectively handed to the consumer over how to regulate their intake. Like me all those years ago, playing GTA 3 all night, every night to the detriment of my grades, such unbridled freedom carries risks, and the games industry should (but won’t) reevaluate its roster of partner brands in a bid to encourage healthier attitudes and accompaniments to inevitable binging.

I’m comfortable in myself and my attitude to occasional gaming excesses, but only thanks to trial and error, realising when other aspects of my life suffer as a result. Plus, I’m a grown man - born 20 years later, I suspect my addictive inclinations and obsessive tendencies could have easily fallen foul of modern gaming’s on-demand debauchery.

*I learned the hard way (developing RSI from marathon Dead Rising sessions in 2007) that taking a ten-minute break every hour is very advisable.