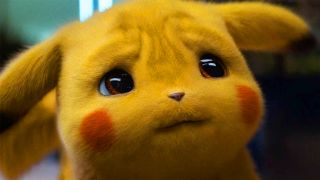 Proclaiming your favourite Pokemon always feels like you're making some kind of fundamental declaration about yourself, doesn't it? Nintendo Life reported that 52,000 people on Reddit battled it out to vote for their very favourite Pokemon of all, but if your favourite Pokemon is Gothita, Silcoon, Eelektrik, or Yungoos, then you might want to keep that information for yourself. Because those four Pokemon didn't receive a single vote. Aww…

I feel a surge of pity in my heart for those poor creatures, but if you actually look above at them you'll see that they're… not the most endearing of Pokemon. Sorry, but it's true. Yungoos is the one that got compared to Donald Trump when it was first released, Eelektrik looks like it was amateurly made by someone's leftover Playdoh, Gothita looks like she's attending a toddler beauty pageant, and Silcoon is so unremarkable I had to google its name twice because I forgot what it looked like so quickly.

In contrast, according to the voting results everyone's favourite Pokemon is Charizard, which kinda makes sense. Most people pick the fire starter in the first generation, so it would make sense that a giant fire-breathing dragon would come top of most people's list for nostalgia reasons… although Charizard technically isn't a dragon type at all. Pikachu doesn't even make it into the top 20, which is surprising considering it's the mascot for the entire Pokemon franchise. But Bulbasaur is in the top five, which is damn straight. Because Bulbasaur is the best, hands-down. Fight me.