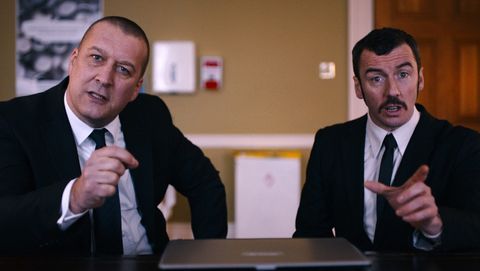 Ever wondered why more films aren’t written in rhyming couplets? Within the first 10 minutes of this debut from writer/director Johnny Daukes, you’ll wonder no more.

Clearly aspiring to address such lofty ideas as free will and fate, the plot sees God (Simon Callow) give drippy charisma vacuum Vic (Ian Edmondson) a break by pairing him off with vampy charisma vacuum Mary (Myfanwy Waring) at a motivational conference.

The script’s too busy being arch to give its characters anything to do but act as postmodern mouthpieces, a flaw which makes this unbearable.