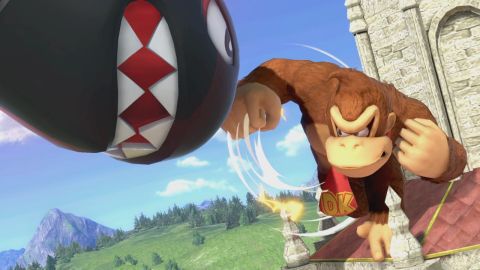 Throughout the past 20 years, every entry in the Super Smash Bros. series has been incredibly unique. From its early days in on the Nintendo 64 with only 12 characters to more than 50 fighters on the Wii U, every franchise from Fire Emblem to Final Fantasy has meshed together wonderfully while individual fighters retain an impressive level of depth. Now, with every previous character returning, you’d think some of the novelty of having Nintendo’s superstars beat the snot out of each other would wear off. That’s not the case though, as Super Smash Bros. Ultimate manages to make a series that started in 1999, with characters and stages we’ve played time in and time out, feel like something completely new.

It’s an especially impressive feat since Nintendo hasn’t been particularly tight-lipped in the past few months. Multiple Nintendo Directs, announcements, event demos, and leaks have shown off most of what Ultimate has to offer. Yet, every character unlock has left me completely giddy. Super Smash Bros. Ultimate is so smooth that the excitement and mystery of new characters remain even though the roster reveals have long since passed.

It doesn’t just stop there, either: the combination of Super Smash Bros. Ultimate’s incredibly tight gameplay, deep and meaningful story mode, and enormous amount of polish has created a gem that will not disappoint.

It’s hard to talk about a Super Smash Bros. game without comparing it to its ancestors. While somewhat similar, each game before it, Ultimate has a different speed, roster and overall feel. Some prefer the slower pace of Super Smash Bros. 64 and Super Smash Bros Brawl, while competitive players focus on the much faster Super Smash Bros. Melee and Wii U. Ultimate finds a nice home in between the all the above.

Ultimate, as you can tell from its appearance, resembles Super Smash Bros. Wii U the most. Characters move at a similar speed, albeit slightly faster with more freedom to change direction instantly. The most notable difference is how far and often characters get knocked back during a fight. Some fighters, including the likes of Robin, King K. Rool, Snake, and others, can send foes flying across the map early on in the fight. As a result, most matches move at an exhilarating pace and end quite early. When that’s coupled with crazy items and character movesets, the action can get a quite incomprehensible.

The minute-to-minute gameplay only gets more different from the Wii U version the more you play. Individual characters have adjusted movesets and various buffs and nerfs. Many changes, like letting Samus charge her beam midair, feel small on their own. Yet tweaks upon tweaks add up to something much more significant.

That doesn’t even mention the new characters who have instantly found a home in the mishmash of franchises. The Inkling Kids, Incineroar, King K. Rool, Simon, and various Echo Fighters all feel like they’ve been part of the franchise for years. This is especially so for the Inklings, whose moveset, sound design, and animations all feel like they are directly pulled from Splatoon. Their recovery is a super jump, they use a roller to squash enemies into the ground, and they’re grab is a mobster-esque splattershot to the face. Luckily, every character feels equally indented into the crossover.

At first glance the visuals seem almost identical to the Wii U entry, with Pac-Man and King Dedede looking similar to their appearances on the last-gen console. That familiarity gets shredded after you see the background and extra detail in the classic Corneria or the brand new Moray Towers. They look far more impressive than any previous console could handle.

Despite the initial feeling of familiarity, Super Smash Bros. Ultimate grows to feel like something all its own. You can still find 8-Player Smash, a Classic Mode where you take on fighters and the Master Hand, as well as a ton of customizable options for multiplayer battles that range from making characters huge to starting a match in Sudden Death.

World of Light, Ultimate’s new single player campaign, is arguably the biggest addition to the series, adding a twist on the traditional fighting game campaign. After the short cinematic featured in a recent Nintendo Direct, I was dropped onto a hand drawn map after the souls to every character except Kirby were taken. The whole goal is to travel around the map, which combines areas after different games, and save the other heroes by beating them senseless.

The mode offers two hugely unique mechanics new to the series. The first are Spirits, or non-playable characters who determine your stats and unique attributes in battle. They can range from the recognizable faces of Eevee and Revolver Ocelot to more obscure folks like Sebastian Tute from Wii Music. They’re split into primary and secondary roles, the primary ones determine how much base attack, defense, speed, etc you’ll have while secondary ones grant powers like the ability to resist lava damage. Over the course of the campaign you can level up Spirits to increase your stats as fights get more difficult.

Fights to unlock Spirits usually have special conditions and add-ons that share similarities with the Spirit’s original game. For example, the process to unlock WarioWare’s Dr. Crygor included taking on the good doctor (played by Dr. Mario), his creation R.O.B., and Wario himself. There are quite a few creative ways the game uses items, stages, assist trophies, and its expansive roster to create memorable little battles.

However, I do wish they came with more variety here. The only option is to fight, there aren’t any Target Smashes, Home Run Contests, or any other fun takes on the franchises platforming roots. That lack of variety extends to the rest of the game too, as the only mini-game present is a short platforming session in the classic mode..

Beauty and the brawl

Super Smash Bros. is no stranger to polish and incredibly high standards of development, but Ultimate takes accessibility and showmanship to a new level. It boasts a huge number of changes, big and small, that ties it’s features together in a shiny package. After 20 years the series finally features a tournament bracket, custom rulesets, the ability to change any level into a flat or Battlefield-esque surfaces, and a number of other ease of use options. These changes make Ultimate that much easier to get into-- it even lets you unlock characters in a single mode after a few hours in-game.

Beyond the logistical and customization improvements, Ultimate has a lot more style than previous games. Characters smoke like Atlantic salmon when they get launched off screen, cameras go to extreme nostril-flare closeups whenever a final blow gets struck, and slick character cards with smoke of their own drop before each match.

Some of these changes are a welcome bit of relief from Nintendo’s stubbornness while others feel like overdoing it. While much of the change in Ultimate points to Nintendo wanting more intense, blow-for-blow fights , some of it feels fake. The final smash close ups sometimes come early when the fight isn’t over yet and the smoke gets somewhat excessive. It’s a small problem that can be overlooked easily, but doesn’t feel nearly as natural as the “Go Samus!’ cheers that came from Melee’s imaginary crowd.

Even still, having over 100 stages, multiple campaigns with the World of Light and classic modes, tons of collectables, and other things to dive into would make 10-year-old me go absolutely wild. Nothing feels tacked on or incomplete either, as every new addition feels as natural as Mario and Pikachu.

The amount of content in Ultimate blows most other fighters out of the water. The fact that every match feels like a fair, if chaotic, fight is incredible, especially with a roster of more than 70 superstar characters. While some of the polish doesn’t hit the mark completely and and the absence of a variety of single-player modes is disappointing, Ultimate is a fighter I’ll be playing for years to come.