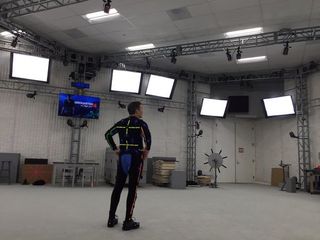 Naughty Dog has been pretty clear that if there’s anymore Uncharted, it won’t be doing it. Which means now Uncharted 4’s done that’s basically it.

Obviously, it’s emotional for everyone involved but recently Louise got to talk to Mr Nathan Drake himself, Nolan North, about what it’s like to leave behind his most famous role.

Back in October Neil Druckmann tweeted this picture to mark the end of Uncharted 4’s mocap:

Lou asked him last year at MCM Comic Con in London what he was thinking when that picture was taken and here’s what he had to say:

“My last performance capture day for Uncharted 4 and presumably the end of Nathan Drake in that suit. That was the last time. It’s bittersweet. It was hard. It was emotional, a little bit. I got choked up but we had wrapped Emily Rose [Elena] and Richard McGonagle [Sully] a few weeks earlier and that was a little bit harder because when I saw them leave, I’ve been with them for ten years, that was hard.”

While we’re all sad to see the series end, it’s been ten years of great adventures so thanks to Naughty Dog, Nolan and all the rest that brought the series to life. It’s been great.

Seen something news worthy? Tell us!