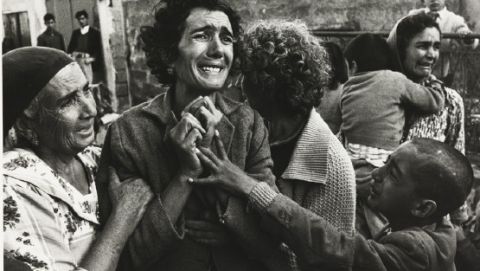 The subject of this powerful documentary, Don McCullin, is uncomfortable being defined as a war photographer, even if his work in covering countless armed conflicts across the world has revealed the horrifying experiences endured by civilians and combatants alike.

Defined by his Sunday Times editor Sir Harold Evans as “a conscience with a camera,” the septuagenarian McCullin emerges in David and Jacqui Morris’ accomplished film full of integrity, dignity and empathy.

His story’s also a sobering primer in the hard-hitting photojournalism of the ’60s and ’70s.