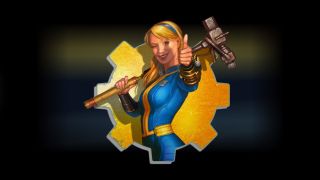 Fallout 4's Vault-Tec Workshop DLC will give you tangible rewards for your experiments, beyond watching the lives of your hapless residents be twisted at your whim. Effective research will yield new items to use in all your settlements based on what manner of experiment you conducted, Bethesda revealed on its official site.

Vault-Tec secretly used its nuclear apocalypse shelters for all sorts of less-than-ethical human research, as you can tell by peering under the surface of any given Vault. The Vault-Tec Workshop Pack will let you do the same, starting with admission interviews for your subjects - er, residents. But unlike most of the pre-war world, you'll have the advantage of living long enough to reap the benefits of all that research.

Bethesda revealed on its official site that the experiments you choose to run on your Vault dwellers will dictate what kind of special items you receive once they're complete. Conduct relatively benevolent research and you may get one kind of item, go for sinister stuff that would make even the most cynical overseer toss their pre-war cookies and you'll get another. Or you could just tell Vault 88's current overseer (a ghoul who has been waiting two centuries to begin construction on the Vault) to piss off, take the basic version of the research items, and start building immediately.

Either way, you'll be able to use the special items and the rest of the new Vault stuff in all your settlements, not just Vault 88. As an added bonus, the Vault-Tec pack will add constructible barbershop and facial reconstruction chairs so you don't have to fast travel to Diamond City and fork over bottlecaps to change your look any more.