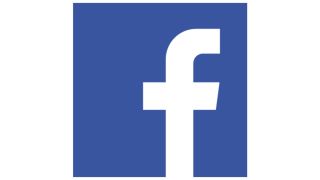 PlayGiga, a self-described "next generation cloud gaming" company, has been acquired by Facebook for a cool $78 million.

The deal points to Facebook's aspiration to pursue cloud-based game streaming, a space currently occupied by another foremost online behemoth, Google. Here's a short blurb from the Madrid-based studio's official website that seems to acknowledge the acquisition.

"We are excited to announce that the PlayGiga team is moving on to something new. We are continuing our work in cloud gaming, now with a new mission. We want to thank all of our partners and customers for their support over the years. Just sit back and enjoy the magic of cloud gaming."

In related news, Google just acquired Typhoon Studio to develop for the cloud-based Stadia, a move designed to bolster the platform's selection of original titles. It seems, at least according to some of the biggest companies in the world, the future of gaming is in the cloud. But until the tech offers something substantial that consoles don't, it's unlikely we'll see a significant shift toward cloud streaming in the near future.

As cloud-based gaming seeks to dominate the future of gaming, let's look back to the past with the 100 best games of the decade.