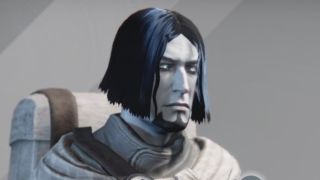 Raise your hand if you've run into something like this in Destiny: you've been grinding Dead Orbit reputation all week, hoping for a cool goth gun. You hit the next faction level, go to claim your reward… and it's another pair of grey pants. According to Bungie game director Chris Barrett, that problem will go the way of the Golden Age (that is, forever gone) once the Rise of Iron expansion comes out.

Wouldn’t it be cool if you could pick whether you wanted armor or weapons from Faction packages? #RiseofIron pic.twitter.com/h2D8pEPkTaAugust 12, 2016

The image shows New Monarchy rewards, so it's safe to assume that Dead Orbit and Future War Cult will get the same options. Hopefully the Vanguard and Crucible faction rewards follow suit as well (Iron Banner might be too much to hope for). I'm not sure what the third reward choice is beyond armor or weapons - could just be the current grab bag option. Rise of Iron will also make Shaders affect class armor once more, which I'm honestly a bit too excited about.

Make sure to tune into the Destiny: Rise of Iron Gamescom livestream next week, and check out our Gamescom 2016 coverage hub for more news from Cologne.