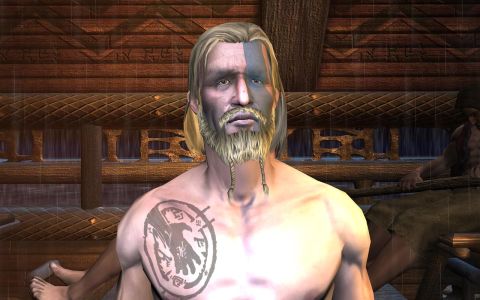 Making an online game these days is tough, as there are few interesting settings left to force into the bizarre mold that is the MMO. Luckily for us, there’s a chauvinistic lore-trove waiting in the wings: Robert E. Howard’s Hyboria - the world of shirtless sword-swinger Conan the Cimmerian - which has now become the most brutal MMO in existence.

At the start of Age of Conan you can pick one of 12 classes, split into four different archetypes - Soldier, Priest, Rogue and Mage - of which most fall into the generic roles of tanking, melee and ranged damage, healing and spell-damage. The few exceptions to the genre standards are classes like the Herald of Xotli (a mage that morphs into deadly melee characters), The Tempest of Set (an area-of-effect healer and damage-dealer) and the bizarre Demonologist (who must balance the damage his spells do to himself against the awesome damage he does to opponents). While these innovations don’t break the MMO format, they certainly crack it.

The first 20 levels have you hidden in the fully voice-acted pirate haven of Tortage. Here, you learn the basics of your chosen class through a mixture of single-player questing - your Destiny Quest storyline, which happens only at night - and the more standard MMO quests, which are accessed by manually flipping the island into daytime mode. The single-player fare is a series of missions that take you from being a newly arrived slave to the one responsible for the overthrowing of evildoer Strom and his Red Hand troops. Throughout this you get introduced to the combat mechanics, the strange way in which AoC does conversations, and some of the more engaging parts of AoC’s overarching story.

The Destiny Quest is an interesting and innovative way to teach you about your class, and is a joy to play thanks to the reasonably involving storyline, decent voice-acting, and the fact that you’re basically playing in a solo instance - something that MMOs have needed for a fair bit of time. The single-player quests offer the potential to level your character as you would during the standard daytime quests too - meaning your midnight story adventures aren’t at the expense of your character’s development. The Destiny Quest is certainly one of the most engaging parts of leveling to 20, but it doesn’t completely satiate the leveling curve, which requires you to jump into daytime to reach milestones (10, 15 and 18) before going on with the next part of the nighttime yarn.

These day-based quests are standard MMO affairs, with dungeons to crawl through, massive plants to kill, and even the crypt of someone’s dead wife to look into only to find out she’s turned into a monster. They don’t quite fit with the story-heavy solo content, replacing calls to arms with monster bashing, but overall this is a well-executed ride through the first levels of the game. Problems arise in that not only is Tortage the only starting city in the game, it can’t be skipped. Getting through this tutorial stage takes at least six hours, and on your first go you’ll find you have to do most of the quests available to scratch your way up to the end of the nighttime saga.

The Destiny Quests change depending which class you’re playing, but the different chains lead towards the same conclusion, and most of your time will be spent in the daytime picking up animal parts and killing tribesmen in the same few instances. Even on the first play-through, this can get repetitive. While there’s always the possibility that Funcom will allow us to skip Tortage altogether one day, perhaps introducing another city and storyline in a paid-for expansion, we’re not sure how likely that is. And preventing players having even a modicum of choice is a mite silly - even the nine year-old EverQuest let players begin in more than one area.