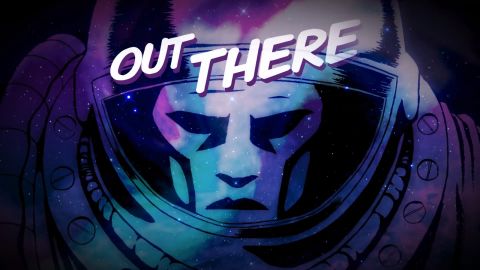 If I learned anything playing Out There, it’s that deep space is a dangerous place. I end up dying every time I visit. Sometimes I run out of oxygen. Sometimes I explode in a shower of metal and blooms of fire. But it's being stranded that's the worst--stuck in a star system watching my fuel tanks empty as I desperately search for a way to escape my own, inevitable end. Space is a dangerous place. The sheer hopelessness of it all is enough to inspire melancholy in the sturdiest gamer... and that’s why Out There so much fun.

Out There’s central story is about as simple it gets: you are stranded somewhere in deep space (‘Out There', get it?) and you want to get home. But as with most roguelike-influenced games, Out There is less interested in your destination as it is in the steps that will take you there. Fortunately, the journey is pretty awesome. Nearly every time you visit a new system, you find a brief text splash telling you of some event that happened and how it will affect your journey. There are plenty of different scenarios, so you won’t find repeats very often. In the 30 or 40 games of Out There I’ve played I’ve learned alien languages, traversed a black hole, and unleashed an evil glowing space jellyfish on an unsuspecting universe. Just an average Sunday night, right?

That kind of fun doesn’t come cheap, though. If you want to stay alive, you have to acquire resources to replenish your dwindling stocks of fuel and oxygen, or repair your ship’s battered hull. The chief stats you need to worry about are fuel and hull integrity--you can generally spend one to gain the other, and balancing the two is the Out There’s central mechanic. It's tough to get right, but the system always feels fair. Running low on fuel? You can extract it from a star, but you’d better hope your hull is up to the radiation. Balancing these key resources to ensure you keep moving forward is a smart gameplay loop, well executed.

Out There delivers on customization and player choices too. You always start with the same ship--a competent all-rounder with decent cargo space--but you can switch into any abandoned ship you find out in the Black. Alien ships tend to be more specialized than the starter, so you might be trading cargo-space for high-efficiency engines. Once you’ve found a ship you like, you can upgrade it using alien schematics you find on your journey. You’d better hope you find some engine upgrades, because Out There has a habit of unexpectedly teleporting you to distant stars, which can be frustrating if you're unprepared. If your engines are too weak to reach the nearest system, you may as well start over. It's a blip in an otherwise fair game.

If you haven’t guessed from the pictures all over this review, Out There dispenses with the pixel art that’s all the rage these days. Instead, we’re treated to a beautiful pulp comic art. Outlines are heavy and Out There’s wild use of color borders on the psychedelic. It’s really a great look, and one you’ll rarely see associated with interstellar sci-fi. You’ll definitely want to play this on a tablet with a retina screen if you can--it’s hard to appreciate the lovely visuals on a phone’s smaller screen. If you really want to dive into Out There’s downbeat mood, you’ll want headphones. The morose synth tracks on the soundtrack really help you get into the right frame of mind--but don’t expect it to worm its way into your head. It's not exactly catchy...

There’s a lot to love in Out There. My biggest gripe is the lack of a quickstart button, which means you have to watch a brief cinematic every time you start a new game. Mobile games and roguelikes are designed to be started over and over again, so this seems like a real oversight. There is a lot to appreciate in this melancholy space adventure, and even when you die, you’ll still have a blast. You can--and should-- pick it up on the App Store or Google Play. Now if you'll excuse me, these evil alien jellyfish aren't going to release themselves.