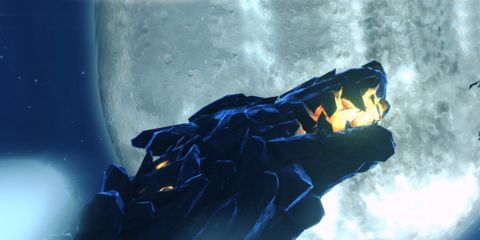 As a genre, the MMORPG is stagnant. Listen closely and you might hear the terrified whispers from MMO studios worldwide: “Where do we go from here?” Neverwinter, the latest forebear of Dungeons & Dragons from developers Cryptic, does not answer that question. Instead, it grafts together proven elements of recent genre entries to form a cohesive whole. In doing so, Cryptic doesn't reinvent the wheel, but they do achieve one brilliant MMO innovation: a game that feels finished, refined, and enormously fun at launch.

Freed from the bugs, server crashes, and general annoyances of a half-baked release, Neverwinter is the kind of game you can play for hours in a half-attentive haze. Its world is lush and lived-in, despite conforming to the predictable stock fantasy shlock of the D&D universe.

Best of all, Cryptic knows what you’ve come for: monsters (perhaps of the winged and fire-breathing variety?), dungeons, and loot--and Neverwinter keeps the focus on this classic MMO trifecta. Much of the game is streamlined to allow you to spend your time dungeon-crawling and baddie-killing. Crafting is largely automated, key vendors and quest-givers are located in close proximity to leveling areas, and many useful systems are available from the main menu, with no need to hunt down specific NPCs to access them. The trade-off is that while these considerations help keep you entertained and moving forward, they also break your immersion and make Neverwinter feel more like a game and less like a world.

A major point about Neverwinter is that it's truly free: you can spend nothing and still access the entirety of the game’s content. The cash shop, which uses a currency called Zen, sells non-essential but very useful items--mounts, buffs, companions, respecs, etc.--at some relatively steep prices. So steep, in fact, that it's only excusable given the sheer amount of game being offered at no charge.

One of Neverwinter's most unique features is its player-driven content creation system, called The Foundry. Here, players are able to create their own quests using an extensive, complex set of tools for scripting and mapmaking. Once your creation is complete, you can publish it for other players to enjoy, complete with loot and experience points. It’s a truly powerful system that has already produced some high-quality, enjoyable content, from the serious to the absurd. Between learning how to use the extensive editor, actually making quests, and enjoying the abundance of adventures waiting to be had, players will be busy with The Foundry for some time.

Keeping in line with its Gygaxian heritage, character development plays an important role in Neverwinter. You’ll select one of six races and five starting classes--Guardian Fighter, Great Weapon Fighter, Control Wizard, Devoted Cleric or Trickster Rogue--in the game’s modest, no-frills character customization. Each class breaks off into three different development trees, making for a surprisingly deep and intriguing progression experience. There’s an impressive amount of options to choose from, and you have the ability to build your character exactly how you want to play. The freedom to carve out an individualized role is refreshing amongst so many shallow, MMO-light offerings.

Neverwinter manages to combine transparency and action with its combat engine, which is an immaculately paced affair. Here, Cryptic opted for an action-based (this is a euphemism for “you use the mouse for auto-attacks and targeting”) system that plays like a less-hyper version of NCsoft's MMO, TERA. Your reflexes are tested, but the game avoids the pitfall of becoming so fast that it doesn’t make sense. There's time to plan your attacks out a few skills ahead, which makes both PvP and PvE interesting, explorable affairs. The game significantly limits the number of skills you can equip, and puzzling out the best combinations is a great way to keep yourself occupied during the questing grind.

And yes, it’s a grind, but a relatively painless and fast one. The quest variety rarely bubbles above the “fetch” and “kill ten rats” variety, but they’re quick and straightforward affairs that give desirable rewards. Time spent heading to new areas is minimal because of the game’s reliance on a fast-travel system, and as long as you have a considerable supply of potions, Neverwinter is an extremely solo-friendly game. Glide might be a better word than grind.

While Star Wars: The Old Republic infused the genre with a well-needed dose of narrative, Neverwinter keeps it decidedly old school. Quest text is limited, as are the cutscenes. It’s a linear experience, with no branching story paths. Smartly, there’s depth to be found if you want it: many quest-givers have accompanying soliloquies that you can listen to on-demand, and supplemental texts litter the world. This approach avoids force feeding narrative to players who just want to hit the level cap, but manages to provide more nuanced worldbuilding to those seeking it. The audio snippets feature lively, colorful voice-acting that helps quest givers become more than just texture and polygon.

Should you need a break from questing, distractions are only a few clicks away. One button will allow you to be instantly queued up for a quick skirmish, simple raid, or a PvP match (of which there is a limited variety). No need to travel or put together your own party--you and your comrades will be instantly teleported to the event instance. Crafting is carried out by minions that you “hire,” and is a mostly hands-off affair. It’s rewarding and convenient, but people hoping for a meaty, complicated experience should look elsewhere. All this might sound like fluff--and it is--but there’s so much, and it becomes available in such accessible, bite-sized chunks, that fun is never hard to find and never inconvenient to consume.

There’s no denying that Neverwinter is derivative. It’s a game of borrowed parts and tweaked ideas that sometimes seems a little behind the times. But each of the game’s systems, from combat to crafting, is expertly crafted--simultaneously offering depth, fun, and accessibility. Cryptic has created a finely tuned, smooth game that remembers the lessons its predecessors learned, and in the process bookends a long progeny of MMORPG development.