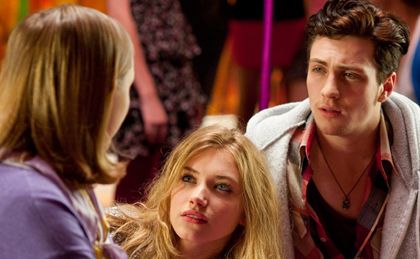 The core conceit of Ringu director Hideo Nakata’s first British film (scripted by Hunger writer Enda Walsh, from her own play) is that the online chatroom set up by teenage bully-boy William (Aaron Johnson) appears as an actual room in what looks like a run-down hotel.

Alas, that’s about it for creative spark in a plodder that prefers to explain (and then repeat the explanation) rather than let the audience use their imagination.

As a thriller, then, it packs all the excitement of a spam email – and as an attempt to riff on current concerns about cyber-bullying, it’s laughably simplistic.