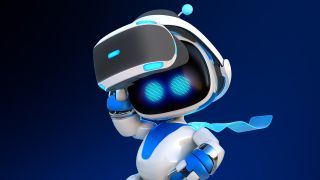 In addition to directing Astro Bot, Doucet also served as the game’s producer. Before joining Sony Japan Studio, he spent time with Sony London. He got his start in the industry doing quality assurance on turn-of-the-century Lego games, the likes of which predate the licensed family games most think of today, including Lego Stunt Rally and Lego Bionicle, both in 2001.

Astro Bot: Rescue Mission was born as a spinoff to Sony’s The Playroom VR, a free introductory experience for players new to virtual reality. The short, cartoonish robots of that mini-game assortment went on to star in Astro Bot, which dazzled critics in 2018 and is still considered one of the best virtual reality games to date. It averages a 90 on Metacritic and 89 on OpenCritic from dozens of reviewers.

There’s no word yet on what Sony Japan is working on next, though it shouldn’t shock anyone if an Astro Bot sequel is in the pipeline. Rumors have persisted for some time that this fall’s PS5 will offer a new version of PlayStation VR (hopefully with far fewer cords). To have a new Astro Bot alongside the momentous launch could go a long way to helping to convince new adopters to give VR a try, considering that Sony's headset hasn't proven quite as popular as it's current console.

Can't wait to get a PS VR headset? Check out the best PlayStation VR games to play here