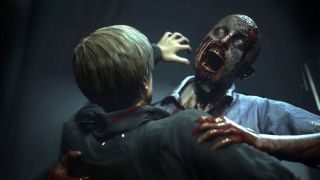 Let's get the bad news out of the way first: Resident Evil 8 probably won't be launching anytime soon. Instead, with the likes of PS5 and Xbox Series X both due to release in the Holiday season of next year, it's more probable that Capcom is developing the already confirmed new entry in its survival horror series for the next-generation hardware.

Still, we do know that Resident Evil 8 is definitely in development, coming off the back of the hugely successful Resident Evil 7: Biohazard, and there's every chance Capcom is holding off any further announcements until E3 2020, which is sure to be a big one for the annual games expo. In any case, we've compiled all the evidence and gossip we've heard about Resident Evil 8 below, so read on if you're eager to learn more.

This might not come as a huge surprise to you, but we know for sure that Resident Evil 8 is in the early stages of development. Capcom, or at least certain members of the Resident Evil 7 team, has earnestly confirmed that the next title in the series is already being worked on, and Biohazard was always planned to represent the first new entry in a rebooted Resident Evil saga.

The most notable confirmation of this news arrived in April 2017 via the words of Resident Evil 7 Executive Producer Jun Takeuchi, who was being interviewed in an official “making of” mini documentary for the game. It’s worth reading the entirety of his quote in full, or watching the video below from 9:38 onwards, as it gives you a good idea of Capcom’s current position with regards to Resident Evil’s future.

“We want [Resident Evil 7] to be the start of a new kind of survival horror and of a new series,” says Takeuchi, “We’re already thinking of various plans for the next game, but we also want to see how we can continue to evolve survival-horror itself. In the next few years, technology will continue to advance [editor's side note: is this implying that future games will continue to support the PS VR?] and what players want may also change but we will always want to create horror experiences where the characters overcome a difficult situation.”

Okay, so ‘characters overcoming difficult situations’ might be too vague to jump to any specific conclusions about Resident Evil 8’s setting or plot synopsis, but note Takeuchi’s comments about technology and players’ changing desires for survival horror. He seems to suggest that, as long as survival horror is at the heart of the experience, Resident Evil isn’t fixed to any specific gameplay format. In other words, we can’t presume that the first-person shooter perspective of Biohazard will necessarily continue over into Resident Evil 8.

Takeuchi continues: “And so the current masterpiece is just the beginning. Plans for the next title are already in motion and, when you see that game, you may find that it is very different from Resident Evil 7 in some ways while still retaining that core survival horror concept of people overcoming the odds. Resident Evil will always retain that essence.“

Takeuchi could well be talking in hypotheticals here, or he knows something crucial about the next game that we don’t. At the very least, we can surmise that Resident Evil 7’s renewed focus on survival horror, compared to the action-heavy sentiments of the more recent instalments that came before it, will remain an important touchstone for Capcom going forward. Judging from the reception to Resident Evil 6, that’s almost definitely for the best.

Enough about what Capcom is saying, though, because another dev revealed something far more promising in August of this year. Shinji Mikami is credited as the father of Resident Evil itself, having served as Director on both the original game and Resident Evil 4. He hasn’t been involved with the franchise since then, though, and has been more recently occupied with his creative responsibilities on The Evil Within and its upcoming sequel.

In an interview with PCGamesN at Quakecon, however, Mikami was asked if he would come back to direct Resident Evil 8, should Capcom award him total creative freedom on the project. His answer was only two words in length, but enough to cause a wave of headlines across the press: “I might.”

Again, we’re talking hypotheticals here, but once work on The Evil Within 2 finishes up for him this year, Mikami will presumably be looking for his next big project - and it wouldn’t be surprising if Capcom had heard about his answer in this interview. Could Resident Evil 8 mark the return of the franchise’s original auteur? It’s wishful thinking, I know, but a man can dream, can’t he?

What the fans are saying

There are dozens of discussions online amongst Resident Evil fans over where they’d like to see the series go next, and an extended dive into the wider debate reveals some of the most popular items on the collective wish list. After the isolated, intimate focus of Biohazard, for instance, there looks to be an appetite for the sequel to expand its scope somewhat, in the way Resident Evil 2 built upon its predecessor.

”RE 2 just took everything that was great about [Resident Evil] and provided the audience with more of it while still staying true to the horror and originality of the first game”, says lolrus555, “and that's exactly what I want with RE 8. I want a bigger closed off location to explore, I want to see more interesting puzzles, and I want to see more unique enemy varieties than just a different shape of Molded, regardless of how dangerous and scary they may be.”

That call for more enemy variety speaks to one of the few shortcomings holding Biohazard back from being even better that it already is. While it's fun to go face to face with the Bakers and the Molded at first, the novelty of each foe begins to waver towards the end of the campaign, and that left many wanting more.

As for Resident Evil 8’s potential setting, there’s less consensus. Locations such as England, Africa, or the Middle East have been floated as places fans would live to visit, while others have suggested a return to somewhere more urban to freshen up the proceedings.

KevinPDC brings up the idea of Resident Evil 8 “taking place somewhere in the streets to travel to different locations such as a motel, a hotel, a restaurant, or a log cabin resort in the wilderness”, which again touches on the prospect of opening up Resident Evil 7’s deliberately enclosed setting.

Moving on from fan fancies to fan theories, several Redditor’s have a hypothesis that, despite Takeuchi’s comments about the series’ perspective-hopping flexibility, the next two games in the Resident Evil series will almost definitely remain first-person experiences, and they lay out the history to prove it.

“Let’s take a look at the previous ‘Main’ titles”, says Kamentierr, “1,2,3 have fixed camera. 4,5,6 are 3rd person shooters and more actiony. So I think there is a high chance that Capcom will keep the 1st person approach at least for 8 and 9 and possibly reserve the 3rd person shooter action for the spin-offs.”

It’s a good point, and serves to remind us that the main Resident Evil saga isn’t the only series currently ongoing in the wider franchise, with both a third Revelations game being teased and a Resident Evil 2 remake in the works. If each of these can respectively offer the third-person shooter and fixed camera gameplay of series past, then it makes sense for Capcom to continue exploring the first-person survival horror of Biohazard through its triple-A sequels.

What Resident Evil 7 is saying

Spoilers below, naturally, but let’s not forget that the story of Resident Evil 7 itself, particularly its semi-cliffhanger of an ending, had a lot to tease about what’s in store for this next generation of zombies and super-plagues.

Specifically, we can probably expect Resident Evil 8 to begin answering the many questions posed by Biohazard’s story. What’s happened to Chris Redfield since we last saw him? Who are the Umbrella Corporation these days? What’s going to happen to Ethan now that he's infected with a strain of the Mold virus that caused all of this hoo-ha in the first place?

Of course, both of the recently released DLC packs, Not a Hero and End of Zoe, did shed a little bit more light on some of these mysteries, especially as the former focused on the exploits of Redfield himself. That said, though both took place after the events of the main game, neither offered definitive answers as to what's next for the franchise.

Either way, after Biohazard's intentionally isolated tale, Redfield’s last-minute cameo does signify that the next installment will draw us back further into the lore of Resident Evil’s wider universe, or at least reveal how these separate stories are all tied together.

Resident Evil 7 is the perfect revamp for a series that was in dire need of new life, and you wouldn’t hear any protest from me if Capcom decides to stick with that same intense first-person gameplay for its sequel. That said, there are a few additions that I would hope to see incorporated into Resident Evil 8, no matter what perspective it takes.

A new location would be ideal. Almost necessary, in fact. I felt as though I’d explored every nook and cranny of the Baker’s home by the time my run with Biohazard had come to its end, and it became easy to grow desensitized to its claustrophobic halls and rot-ridden furnishings.

While we’re at it, why not leave the American landscape and explore somewhere never touched by a Resident Evil game before? This would also allow for Capcom to deliver on the wider enemy variety being requested by its fans, as the Molded virus appears to adapt and change dependent on its environment. What would its monsters look like in the frozen forests of The Netherlands or the dusty outback of Australia, I wonder?...

Additionally, as important as it was to start things afresh with this quasi-reboot, it would also be nice to see how the new series weaves itself into the wider tapestry of the Resi-verse, and a more dedicated attempt to bring in fan favourite characters and franchise conventions would be more than welcome.

These are tall orders for a game that doesn’t even exist yet, but after knocking it out of the park with such a potentially risky reboot, I have faith in Capcom’s ability to build upon everything it introduces with Resident Evil 7 and make something even better. As Takeuchi himself stated, it doesn’t matter what form Resident Evil 8 takes; as long as survival horror remains the lifeblood of the experience, then it’s going to be a blast.